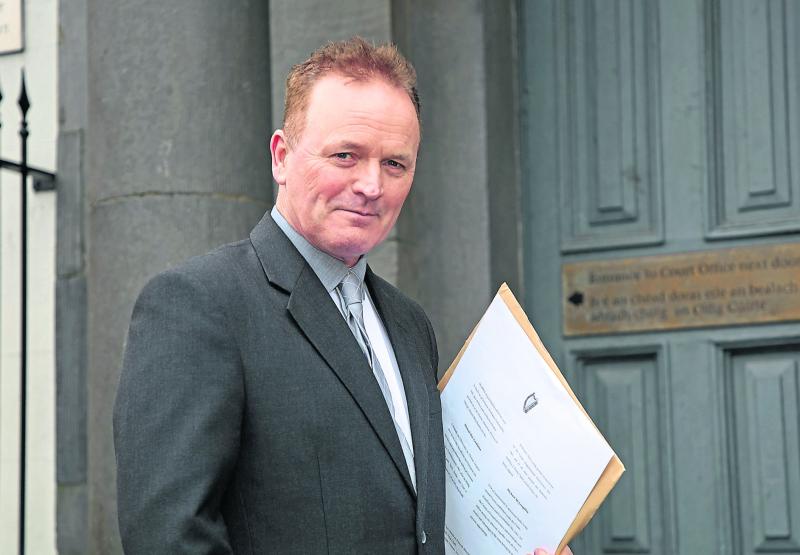 A Longford man has recently been appointed to the role of Commissioner for Oaths in the Supreme Court.

Michael McLoughlin, from Newtownforbes, made the ambitious decision to study the fundamentals of law after he retired from the Defence Forces following 33 years of service at home and abroad.

“I have always had a great interest in all aspects of law and, rather than talk and read about it, I decided to do something about it, and I did,” he told the Leader, adding that, while going back to school was not easy, it was certainly very rewarding.

“If you’re going to return to college after a good few years out, you might as well participate in a challenging course. It certainly was that and more.

“I graduated with distinction in legal studies. Since this, I have done an online course in contract and employment law - must be the renewed education bug.

“I received great encouragement from the legal profession, so I decided to apply to become a commissioner for oaths through the Supreme Court Dublin.”

Having met the criteria, Mr McLoughlin was appointed to the role by the Chief Justice, to whom he is very grateful for the opportunity.

He is now authorised to verify affidavits, statutory declarations and other legal documents.

If he could do it all again, he says he “certainly would - but maybe a few years earlier”.

“If you have a real interest in any specific subject, go for it,” he advised anyone thinking of going back to college in later life.

“Like I say, I’ve done it and I’m proud to have done it, as are my family and friends.”