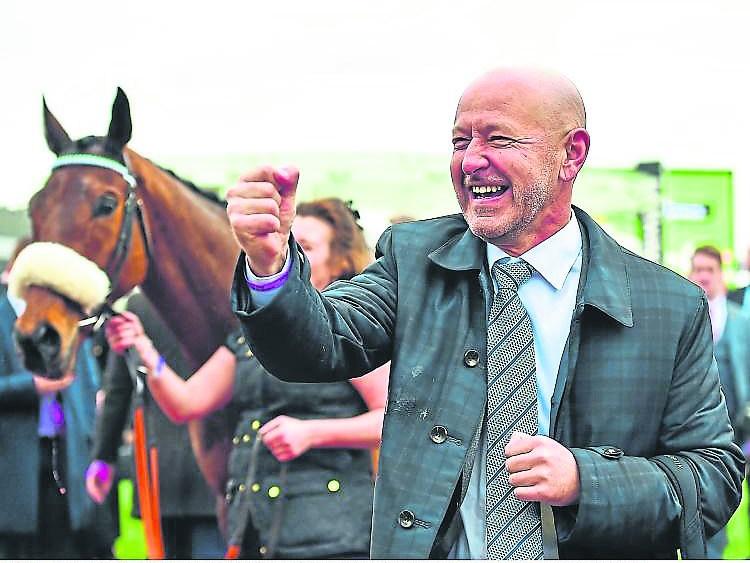 Twelve months on from seeing his hopes of taking national hunt racing's biggest prize back to Longford come up short, businessman Philip Reynolds is hoping stable star Presenting Percy exorcises those ghosts by being crowned King of the Cotswolds on Friday.

Mr Reynolds, son of late Taoiseach Albert Reynolds, is readily viewed as one of the most open and sincere voices in an industry which is gearing up for its biggest annual showcase.

And when it comes to his own leading lights, the perspective is no different.

“He (Presenting Percy) is as good as he was this time last year,” he said of his 10/1 fancy for this year's Blue Riband event.

“He has been trained for one day and that day is Friday.”

This time last year, the father of three and his ante post Gold Cup favourite were all the rage among horceracing pundits and an insatiable punting public.

An unusually scratchy round of jumping and an injury picked up during the race, however, quickly put paid to any hopes Reynolds would be returning to these shores Gold Cup in hand.

Fast forward a full calendar year and the level of hype surrounding the nine-year-old bay gelding could not be more stark.

Not that any of that has ruffled the equine feathers of the Longford businessman.

“That suits us right down to the ground,” he said, while revealing how Presenting Percy was in “excellent shape”.

Aside from Prestbury Park's biggest prize, Mr Reynolds is also keeping his fingers crossed anothe r of his stable charges-Moon over Germany-is greeted into the winner's closure on Friday.

Trained by Co Waterford trainer Henry de Bromhead, the Aintree Red Rum Handicap victor could have a major say in the outcome of this year's County Hurdle.

“He's something like 33/1 and he has run Notebook, who is favourite for the Arkle, to within seven lengths,” he said.

“If that (33/1 odds) is still around over the next few days, I would be getting every bit of it before I get involved.”