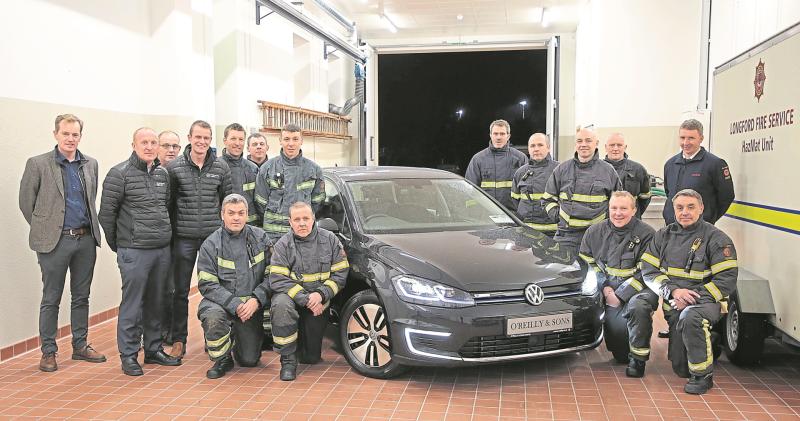 Technology is constantly changing and evolving and the motor industry is no stranger to that, with new hybrids and electric vehicles being made available on a regular basis.

But with new technology comes a whole new level of responsibility, as well as a number of new challenges for emergency services.

Local man, John Leonard, of O’Reilly & Sons, has taken the initiative to ensure that local first responders are ready to deal with these challenges by offering to give training sessions to all the fire stations in the county.

Fire stations in Ballymahon, Lanesboro, Edgeworthstown, Granard and Longford town are now equipped with the knowledge of how to deal with a fire in an electric or hybrid vehicle.

“I gave them handouts of the different ecar models - some of which are fully electric - showing where the batteries are and how to get to them, and also helping them to identify ecars,” John told the Longford Leader.

“They’ll be first on the scene if anything happens, so they need to know these things.

“If there is a breach on the battery in an electric car, there can be an electro magnetic pulse, which can interfere with pace-makers, etc, so it can be quite serious.”

There are a number of issues with electric cars that will throw up new challenges for first responders, should they ever face an accident.

The battery, for example, emits hydrogen chloride, which can be harmful to the environment if not dealt with properly.
Each of the fire teams responded well to the training they received in recent months, Mr Leonard explained.

“I took it upon myself to make sure they know what they’re doing when facing an electric vehicle. It’s not a big deal - they just need to know,” he said.

“There are no laws regarding training so it’s important to be proactive about it and hopefully it will be useful to them.”