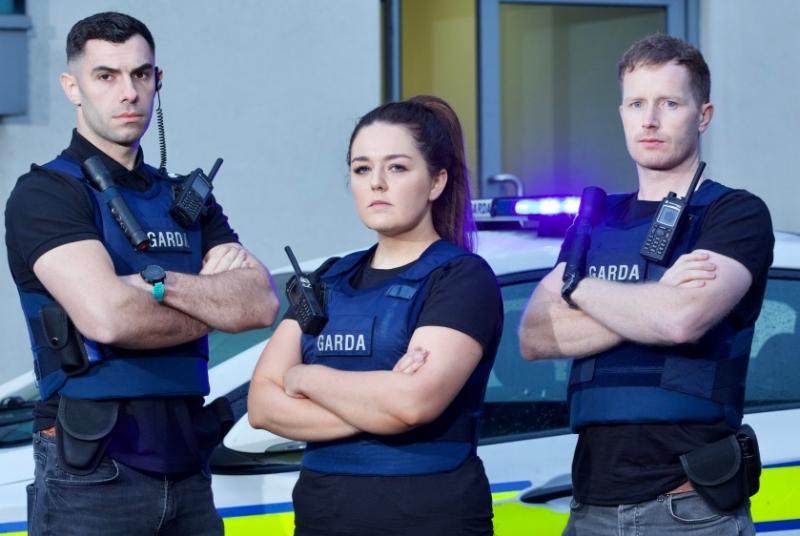 ‘The Guards: Inside The K’ airs on Virgin Media One on Wednesday, March 11, at 9pm.

The first episode of the brand new Virgin Media One series - “The Guards: Inside the K” - aired on Wednesday last, March 04, at 9pm on Virgin Media One and featured one of Longford's finest.

From breaking down doors to the aftermath of shootings, this series provides a no-holds-barred look at what it’s like to be a front line guard in Ireland today with extraordinary footage.  With extraordinary footage, this brand new documentary series gives viewers unprecedented access to the garda of The K, Ireland’s busiest policing district which includes Blanchardstown, Finglas and Cabra.

In episode one, viewers got a firsthand look at gang violence which is at an all-time high, with the guards in the K battling to keep guns off the streets and to reassure the community. Each episode highlights issues ranging from gangland violence to the drugs epidemic sweeping the country. It shines a light on the damage caused by drug use to the reality of the effects of social media and the dangers involved for young people who find themselves involved with gangs.

The series also takes a poignant look at mental health and those affected by it. There will be plenty of Longford interest in the brand new series, as a man probably best known for his prowess on the gaelic field with Mullinalaghta St Columba's, Simon Cadam, is featured on the show. The Clooneen man is on our screens in his capacity as a guard working in Dublin.

Episode Two of ‘The Guards: Inside The K’ airs on Virgin Media One on Wednesday, March 11, at 9pm. Don't forget to tune in!