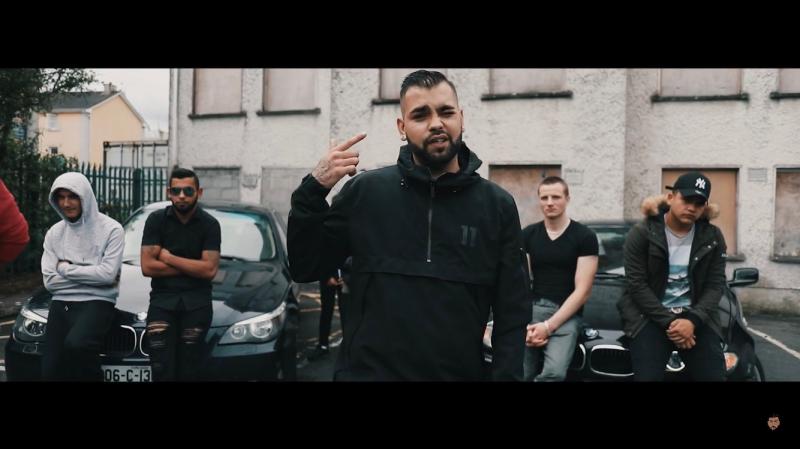 Growing up as a member of the Roma Gypsy community in Longford wasn’t as difficult for local rapper Imro Filo - more commonly known as Gipsy Boii G - as it would have been if he and his family had remained in the Czech Republic.

The 24-year-old musician moved to Ireland with his parents and four siblings when he was four years old and has been living in Longford town ever since.

But he hasn’t faced the same racism in Longford that his parents suffered back home.

“Maybe very few people in Longford people would have some comments and stuff but not very bothering,” he explained, adding that if he does face that kind of negativity, he chooses to “step back and let them see for themselves that not every gypsy is the same”.

“My parents moved here because back in Czech they would be very racist and have signs up in shops saying ‘no gypsies allowed’ and stuff, so they mainly moved out so we as their kids could have a better future.”

So far, things have been going well for Imro. He went to school in St Michael’s National School and Templemichael College, but didn’t go on to third level education because he and his girlfriend were expecting a baby.

But that didn’t stop him pursuing a career. He started to work on his music in a serious way about two years ago, making a name for himself and even setting up his own production studios at Gipsy Boii G Productions, where he lets other musicians record.

“I was always into music, since I was little,” the local rapper explained.

“As I got older, I wanted to make my own music. I was 14 when I started with rap. There was no one to show me how it’s done or anything so I learned everything myself.

“I started off making beats (instrumentals) and mixing and mastering vocals because there was no one that could do it for me.

“From there I started recording myself and putting it all together.”

Under the name Gipsy Boii G, the father-of-four endeavours to rap about positive topics, breaking away from the stereotypical topics of violence and drugs that commonly turn up in rap songs.

“Some people say it’s not real rap if I dont show a bit of aggression, but I’m trying to make music that anyone can listen to, not only people that are into hip hop,” he said.

“I’m trying for a melodic chorus so they are easy to understand and put people in a good mood.”

One of his most popular songs is ‘Gypsy’, which tackles the stereotype that is attached to the Roma Gypsy community, breaking it down and proving that not all members of the community should be painted with the same brush.

“The main idea behind this song was to show that gypsies are not always poor, dirty and violent and whatever else there is to be said about gypsies,” Imro explained.

“We can have fun and be like every other person. My lyrics go like: ‘I’m a gypsy; spend it all on my kids, on my wife and me’.

“I was trying to say that no matter how much we have, if it’s almost nothing or almost a million, family is first always.”

Imro collaborated with his friend and fellow rapper, Michal Godla, also known as Mikey G on the song, and enlisted local photographer and videographer Nathan Sheridan to create a music video to go with the song.

“I write my own songs from scratch. I wouldn’t be that type of rapper to rap about violence and drugs and stuff like that; I rap about more positive things.

“When I hear the beat, it will navigate me what direction to go. I pick my topics by the beat and when I write it’s usually about stuff that really happened. I use real life events and put it into a song,” Imro explained when reflecting on his inspirations.

“My goal is to spread good mood and positive mindset through my music.”

Gipsy Boii G’s music is available to stream on iTunes, Spotify, Deezer, YouTube and other platforms.