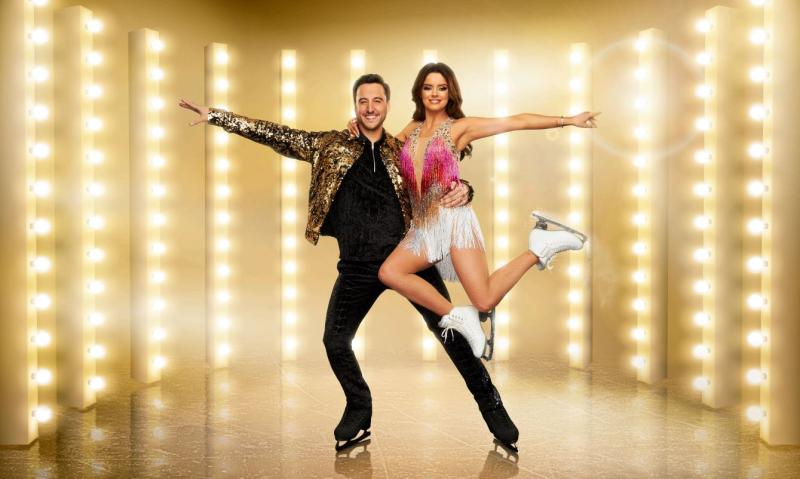 We may have lost Maura Higgins on Dancing On Ice last Sunday night, but not before she danced a beautiful routine, which earned her a score of 30.

And she really wanted to stay, which was evident by her tears and emotion when the Ballymahon woman was eliminated.

The judges were divided on who to eliminate with John Barrowman and Ashley Banjo voting to keep Maura and Alexandar Demetriou on the show. But it wasn’t to be this time.

Skating with a broom to ‘The Boy Does Nothing’, Maura delivered a highly energetic performance that was certainly worthy of being saved after the dance-off.

With difficult spins and lifts and moves and maybe just a little stumble or two, she certainly proved her worth on the show.

Dancing On Ice won’t be the same without her but this certainly isn’t the last we’ll see of Maura Higgins.

Meanwhile, Mammy Higgins - Sharon - really took the country by storm on Friday night with her hilarious comments on the Late Late Show.

The local woman has been making waves on Agony OAPs and certainly has the same effect on an audience as her straight-talking daughter.

Ms Flack was the Love Island presenter when Maura found fame on the show and in a post to her 2.7 million followers on Instagram, Maura wrote alongside a photo of the late Ms Flack;

“Such heartbreaking news, an incredibly kind and beautiful woman. RIP Angel. Thoughts and prayers to all her family.”