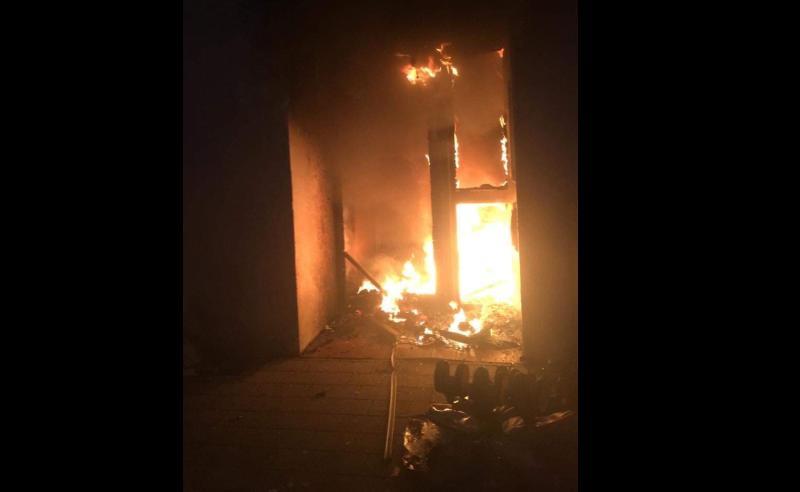 A Longford town family has said that they have lost everything in a fire after their house was targeted with a petrol bomb on Monday morning in what they say was a case of mistaken identity.

Teresa Stokes, her children and her boyfriend all live in Annaly Gardens, in the house that was set alight shortly before 7am on Monday.

“I have a sick child at home and I have to go to Temple Street four days a week,” Ms Stokes explained to the Longford Leader on Tuesday morning.

“I got up at 6am to bring her to Temple Street. So at 6.30am we left the house. We were just near Mullingar when my daughter rang me, screaming down the phone, ‘Mammy, mammy, the house is on fire and we can’t get out’.”

Ms Stokes immediately turned back and went home to where her boyfriend had managed to get her two children and their two friends out of the house.

Read also: Longford is 'so lucky there hasn’t been a fatality’ as violence escalates

“We’re homeless now because of the feuding,” said Ms Stokes.

“I have a sick child I have to get to Temple Street and now we’re in emergency accommodation and we’ve lost everything.

“I’m completely innocent. I have enough to be at with a sick child and to have my children screaming down the phone that the house is on fire was terrifying.

“Everything belonging to me is gone. That’s very hurtful. I’ve lost everything. It’s gone beyond a joke now.”

Gardaí are appealing for witnesses who may have been in the area between 6am and 7.30am on Monday morning. The fire itself was reported at 6.53am.

Gardaí are particularly interested in a dark coloured car which they said had two occupants and made its way out the Athlone road in a dangerous fashion.

Anyone with information can contact Longford Garda Station on 043 33 50570.