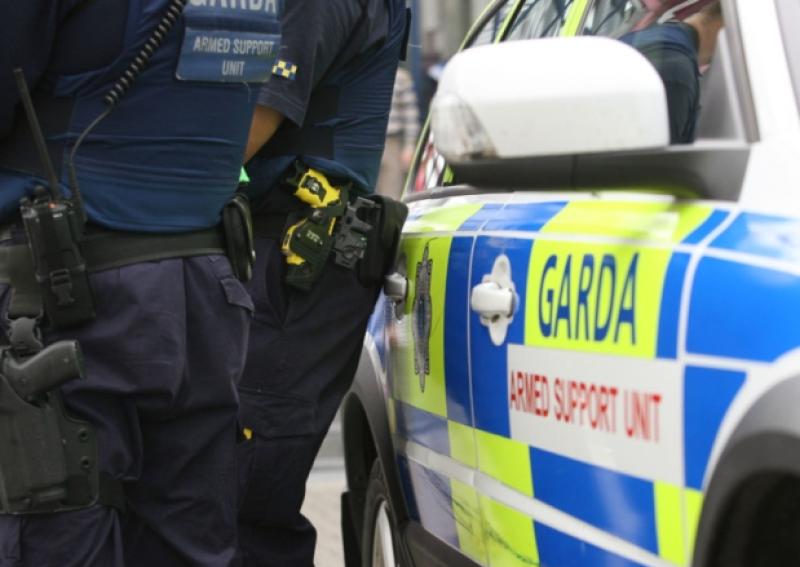 It’s a miracle that Longford hasn’t suffered at least one fatality as a result of the recent spate of violent incidents in the county, according to chairman of Longford Joint Policing Committee, Cllr Seamus Butler.

In the past two weeks, there have been five violent incidents including two separate shooting incidents at a property in Corboy, Edgeworthstown and one shooting at a house in Annaly Gardens, Longford town, where a two-year-old child was in situ.

Aside from the three shootings, there has also been an incident of a petrol bomb being thrown into a car and caravan in Dun Darach, Longford town, last week.

The most recent incident occurred on Monday morning, when a petrol bomb was thrown at a house in Annaly Gardens, causing significant damage to the property.

Gardaí are investigating links to one of the local feuds in Longford town but Cllr Butler refused to accept the term ‘feuding’ when referring to these recent episodes.

“I don’t like the term feuding. These are serious criminal incidents - very serious,” he told the Longford Leader on Monday evening.

“Shooting into a house or throwing a petrol bomb into a house is, in my mind, attempted murder. Why call it a feud? It’s a misnomer.

“This is serious criminal activity. We’re so lucky there hasn’t been a fatality. This is a very thin line and with the use of firearms now, we could go down the route of Drogheda.”

Cllr Butler was quick to commend local gardaí on their efforts to deal with the escalating level of violence in the town and assured the Leader that everything is being done to ensure “these people are put behind bars for as long as possible”.

“The Gardaí are determined to deal with this. It’s a miracle that there hasn’t been at least one fatality so far,” he said.

“But if this use of firearms and petrol bombs continues, somebody somewhere is going to get seriously injured or killed.

“We can’t brush this under the carpet and say it’s only a feud between two families. Criminality is criminality. Nobody is immune to the law and these people must be dealt with by the law and brought to book.”

Currently, there are plans by Longford County Council to install new CCTV cameras around the town that Cllr Butler says will “give a greater sense of security to the public”, while aiding gardaí in identifying those who are committing offences in the middle of the night or the early hours of the morning.

It is hoped that the new CCTV system will be operational before the end of the year.

Superintendent Jim Delaney has said that, while there has been an increasing number of incidents occurring in Longford of late, local gardaí are exhausting every possible avenue to ensure these incidents are dealt with.

“We are responding to this. We’ve been proactive. We have 14 families involved in seven feuds. We’ve had 56 arrests, numerous prosecutions. We have a good record of dealing with the matter,” he said.

“What’s going on is not acceptable for the law-abiding people of Longford town. There’s a certain element that wants to live outside the law. But we have exhausted every avenue to deal with this. Everything that’s possible to do within the legislation and the resources that we have, we’re doing.”

However, Supt Delaney added, other people in the county are just as entitled to garda attention and gardaí are still working hard to answer calls and deal with the needs of the wider public while also having a presence on the streets.

“Of course I’m concerned that the public is afraid, but we’re doing everything humanly possible to deal with this,” he said.

He was quick to praise the local fire service who arrived in a timely manner to Annaly Gardens on Monday morning, as well as the neighbours of the family in the house that was targeted.

“I want to compliment the neighbours who came to the aid of the family and helped to get them out,” he said, adding that, without them, gardaí would be dealing with a far more severe situation.

The superintendent also hit out at comments on local radio stations that criminals were “acting with impunity” in Longford, insisting that gardaí in Longford have been working day and night and have had numerous successes in relation to feud incidents.

He also complimented local voluntary groups and business groups that are working hard to make Longford a better place and benefit the community.

“The people involved in these incidents seem to be oblivious to the damage they’re causing. It’s a cycle of violence and it’s just spiralling. But we are continuing to deal with the matter.

“Some actions might take time, but we won’t be found wanting when it comes to this,” Superintendent Delaney concluded.