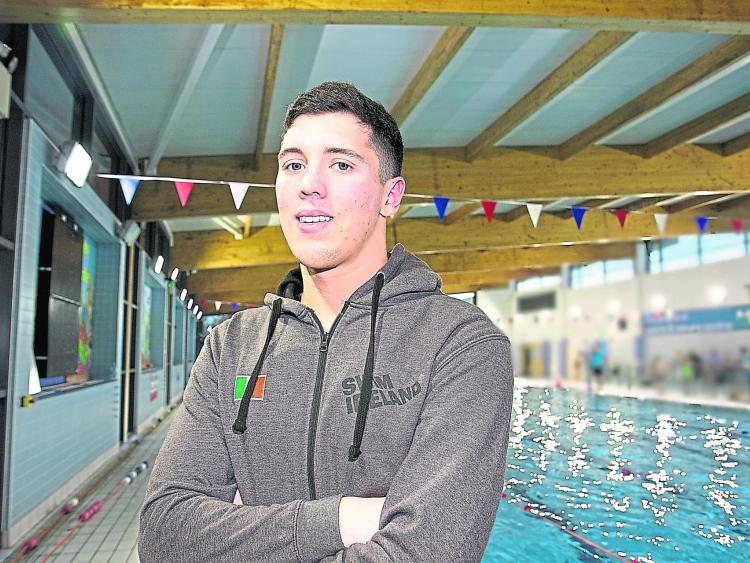 Longford Chamber of Commerce have announced that Darragh Greene will be the Grand Marshal for this year’s St Patrick’s Day parade in Longford town.

Longford swimmer and Olympic hopeful, Darragh, enjoyed a hugely successful year in 2019, as he secured the qualification time for the Tokyo Olympics later this year.

Longford Chamber posted: “We wish Darragh every success and look forward to seeing him lead the parade on March 17 here in Longford town.

“This highly accomplished swimmer faces the greatest event of his life this year, as he secured qualification for the 2020 Tokyo Olympics.”

Amhrán na bhFiann will be sung this year by the wonderful tenor, Paul Hennessy, who has been singing professionally for over 20 years. During this time he has made numerous television and radio appearances, on programmes such as The Late Late Show, Live at Three, The Rose of Tralee, The Afternoon Show and Theatre Nights.

In 1998, 1999 and 2000 Paul was invited to sing at the All Ireland hurling and football finals in Croke Park. Paul will sing the National Anthem which will officially start the parade at 1pm.

Longford Chamber of Commerce posted: “We are delighted to announce that Amhrán na bhFiann will be sung this year at the Longford St Patrick's Day Parade by the very well known professional performer Paul Hennessy.”

The Parade route for 2020 has also been revealed, with the convoy of floats starting on the Battery road, heading to Church street, Bridge street, Main street, Dublin street, New street, Ballymahon street and finally Killashee street where the parade ends. The reviewing stand will be on Ballymahon street.

Longford Chamber of Commerce wishes to thank parade sponsor, Mulleady Properties & Co. Ltd who have generously come on board once again in 2020.

@ChamberLongford is delighted to welcome Darragh Greene as our Parade Grand Marshal on 17th March. This highly accomplished swimmer faces the greatest event of his life this year, as he secured qualification for the 2020 Tokyo Olympics. We wish him every success @GreeneDarragh pic.twitter.com/uOYaztoMK6