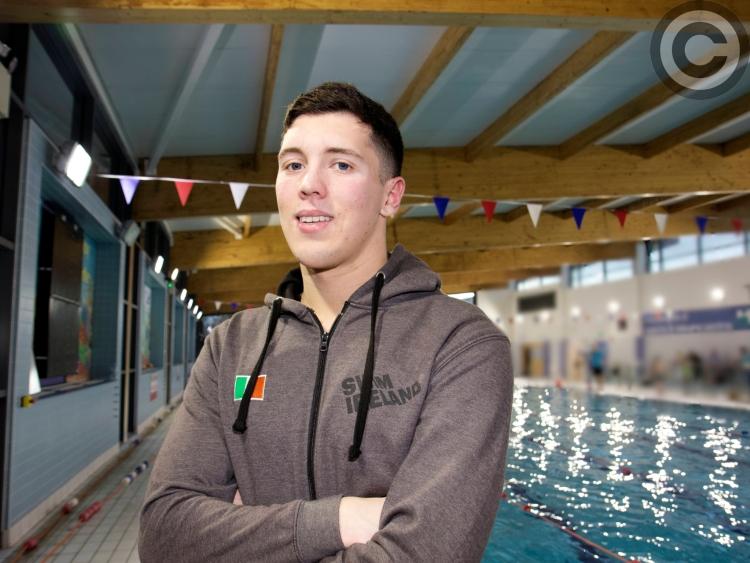 Swimming sensation Darragh Greene from Newtownforbes, who will represent Ireland at the 2020 Olympics Games in Tokyo, was announced as the overall winner of the 2019 Ganly’s Longford Sports Star of the Year at a Gala Presentation Dinner in the Arms Hotel on Friday night.

He was unable to attend the annual awards function, organised in association with Longford Sports Partnership and the Longford Leader, with his father Brian collecting one of the individual trophies and the overall prize.

Ireland will have a team of 19 athletes competing across the 5 days of competition with Darragh starting off in the 50m Breaststroke heats on Wednesday and he will also compete in the 100m and 200 Breaststroke event.

Greene became Ireland’s first swimmer to go inside the Tokyo 2020 Olympic Qualification time at the 2019 FINA World Championships as he set a new Irish Record in the heats of the 100m Breaststroke in Gwangju, South Korea in July.

His time of 59.82 was .11 under the FINA A time for Olympic qualification and pre-validated the National Centre Dublin swimmer for the 2020 Games in Tokyo.

Darragh was also in action in the heats of the 50m Breaststroke at the World Championships in South Korea and he was on fire as he secured qualification for the semi-final in an Irish record time of 26.94.

In the 50m Breaststroke semi-final took  another brilliant swim from Darragh saw him finish 4th in semi-final one in a time  27.14 and in 10th overall, but unfortunately it wasn’t enough to secure a final spot.

Greene came within one place of a semi-final for the second time at the World Swimming Championships when he competed in the 200m Breaststroke. The Newtownforbes man clocked 2:10.61, his fastest ever morning swim and third fastest time in the event.

For the second year in succession dynamic Darragh won three Gold medals in dominating the Breaststroke events (50m, 100m and 200m) in the Irish Open Championships at the National Aquatic Centre in Dublin in April.