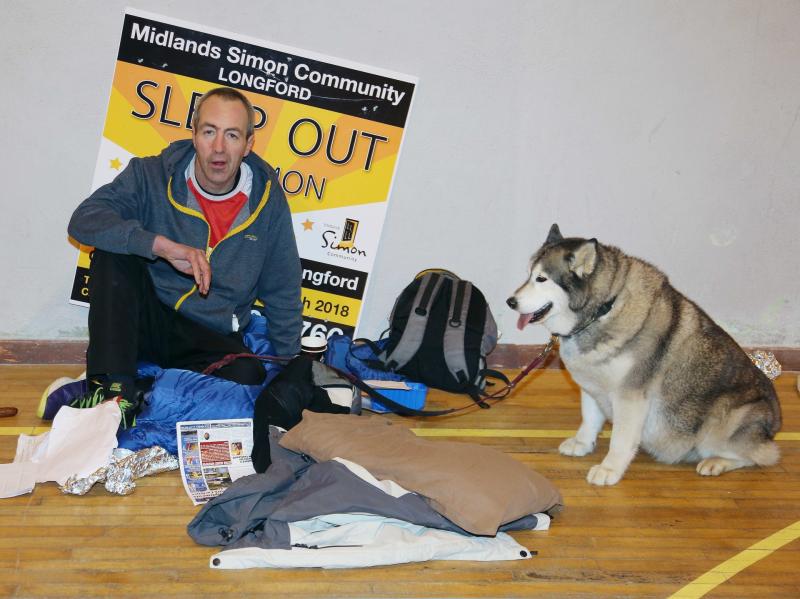 Longford mother says she is at the end of her tether, as her campaign for a place in a residential care facility suited to her son continues.

Pauline Doran, mother of Longford Huntington disease sufferer, Joe (50), has issued a repeat call for a place in full-time residential care suited to her son and with people his own age.

The calls have come on the back of a recent accident, which resulted in Joe going into hospital with serious injuries to his leg.

Pauline (70) told the Leader: “Joe slipped the Friday before Christmas and fractured his leg in three places.

“He went to Mullingar first, then to Tullamore and back to Mullingar. He is now in the Manor, Edgeworthstown.

Joe is now in the care of staff in Our Lady's Manor, where he will remain for a period of six weeks, however, Pauline worries over what is next for her son.

Pauline said: “He is booked in for six weeks.

“They said his leg is doing well. He is in a wheelchair all of the time. They said he will walk again, but I have my doubts.

“We are really struggling to get residential care for Joe,” she added.

Also read: ‘All I want is Joe safe and secure’, says Longford mother

Pauline says with Joe’s current situation, she would not be able to cope with any potential return home.

She said: “I am seventy, Joe is fifty and 6ft 2, how am I supposed to look after a big man like that?

“It’s not that long ago that gardaí and staff at Laurel Lodge got him up on the bypass and took him in.

“It is not fair on him. He has got a terrible illness and has lost everything, his future, and still all they want to do is stick him into an old people’s home and let him vegetate.”

All Pauline is asking for and has been asking for the past two years plus, is a place in a full-time care facility which caters for people of Joe's age, such as Bloomfield Health services in Dublin.

“The only thing they have come up with is ‘homes for the elderly’,”Pauline said.

“Joe has always been positive and had the attitude of ‘we will take it as it comes’, but he needs a quality of life.

“All the things we take for granted, even walking up the road, he can’t do that on his own anymore. He can’t have them things, but there is nothing to stop him from doing other things of which he is able.

“It is not fair that he cannot do these things just because they say they have no money. The money is going somewhere.”

Pauline told the Leader that she had been in contact with many political representatives about Joe’s situation in the past twelve months, but they as she was, are receiving the same generic email response from the HSE.

“He is not alone there are lots out there. But Joe is the one I worry about,” Pauline said.

Adding of her frustration at generic responses from the HSE, Pauline said: “It is very frustrating.

“It’s insulting, insulting to me, but also to Joe and people like him.”

In one final plea for help, Pauline called for her son to be given his life back.

She said: “My life is long gone. They won’t let me have my golden years. I will be fine once Joey is fine. That is my job.

“Joey is all I have got left. Could they not open the purse strings?

“I am not asking for a brand new airliner, I am asking for a few years of life for Joey. He hasn’t got that.”

In conclusion she fumed: “We have the best trained staff nurses, doctors, teachers and builders, and yet we can’t use any of them or facilities to better our own lives and our own families lives.

“I am just very angry over it all.”

Pauline began an online petition in her quest to gain a place in full-time care for her son, which you can sign here.