Humans of Longford: Longford mum continues fight for better quality of life for her son 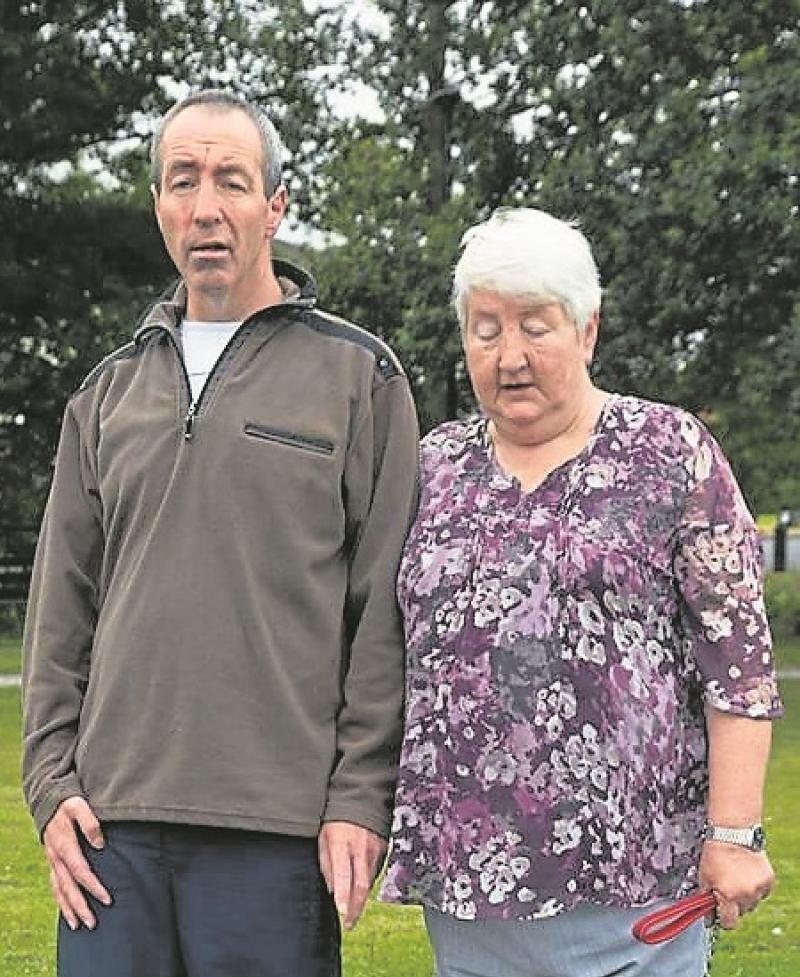 The heartbreaking Humans of Longford story with Pauline Doran, mother and carer of her son Joe, who is a Huntington's Disease sufferer, evoked a huge response from the public and was shared almost 2,000 times

During a frank and moving interview, Pauline explained that life is ‘extraordinarily tough’ and that she is ‘exhausted, broken physically, financially and emotionally’ as she cares for Joe and she pleaded for assistance.

“I’m begging for help, for someone to help us.”

Speaking to Tiernan Dolan last July, Pauline remarked, “This is Joe my son, he's 50. And this is Joe's loyal Siberian Husky, Nanooke.

“Joe has Huntington's Disease (HD). It's in his genes. His father had it too. Joe was diagnosed 14 years ago.

“Joe is 6ft 2in, a strong man. He was hard working, loved to travel, socialise. He is an avid Arsenal fan. He had plans and dreams for the future, even hopes of marriage.

“That's all gone now. My fine, big, strong son is fast returning to being a baby again. It is heartbreaking to watch.”

Also read: ‘All I want is Joe safe and secure’, says Longford mother

There has been much tragedy in Pauline’s life.

She outlined, “Life has been very tough and continues to be extraordinarily tough. That's putting it mildly. In July 1999, Joe's father, John was diagnosed with HD and took his own life.

“In July 2003, my other son, also called John was killed in a traffic accident on his father's birthday. He had a heart of gold and was a much loved street entertainer in Galway.

“In August 2003, I suffered a heart attack myself. After his Dad died, Joe moved home to look after me.

“Joe's sister, my daughter lives in Cork. She's always worrying. She drives back the 3 hours as often as she can. She's great.
“I am his full time, sole carer. I'm 70 at my next birthday but my own health is, well, far from good. Joe tries his best but he no longer has the ability. He speaks very little to me and gets frustrated a lot. It's so, so hard and there's no cure.”

Pauline is at her wits end.

“For almost 4 years I've tried to get Joe a proper placement like Bloomfield in Rathfarnham, Dublin, the only specialised unit it Ireland for younger people with HD but I've failed.

“I am getting older. I’m exhausted, broken physically, financially and emotionally. I have nothing left to give. I don't know what to do or where to go.

“In fairness the people of Longford have been as kind as humanly possible. He loves the parkruns and there are a great bunch of people in The Mall. He's very well looked after at the railway station too. Many people who understand do look out for Joe.

“Joe is doing his absolute best to keep fit and active. He walks with Nanooke, runs the parkruns, swims in The Mall pool. He works really hard at keeping up his weight, loves ice cream and eats about a ton a week. He can't be faulted for not trying.

"With the help of Farrell & Coy doing posters and printing, I am trying to raise awareness. Awareness is the key. We have Joe Doran's Charity Walk in Lough Key Forest Park on Saturday July 13. I have petitions in many shops and businesses around Longford.”

“I'm pleading, begging for help for someone to help us to secure a few years quality of life for Joe before he slips into a living death. He has suffered enough.

“Joe has only a few years left when he can communicate and still have some quality of life.

“I hope that by telling my story here, being open and totally honest, some good, some help might come, hopefully."

Also read: People of Longford urged to walk with Joe