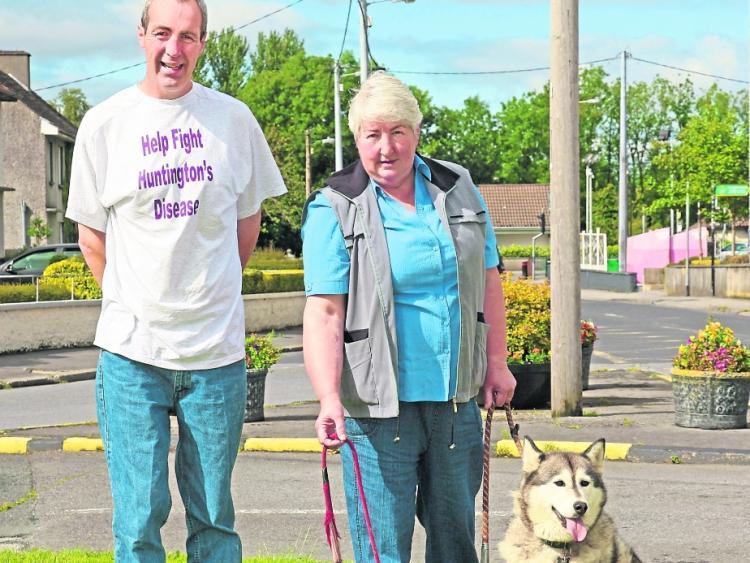 People from throughout the country are been urged to tag along to a charity walk taking place this weekend, Saturday July 13, at Lough Key Forest Park, Boyle, Co Roscommon.

The walk, which will commence from 10.45am, has been organised by Cullyfad resident, Joe Doran, a man in his 50’s who was diagnosed with Huntington’s disease (HD) fourteen years ago.

The 5km walk will seek to not only raise awareness surrounding HD, but also money to help support those suffering with the ailment and their families.

Pauline Dolan, Joe’s mother and carer, told the Leader, “It is just a way of supporting HD sufferers.”

The walk is Joe’s brainchild and he will also use the occasion to honour his late father and brother. Joe’s father also suffered from Huntington’s disease.

“Last year Joe raised over €11,000 during the walk.” Pauline explained.

Pauline spoke of the importance of increasing awareness around the illness and the detrimental effects it has on people, especially after a recent incident in Longford where a taxi assumed Joe was drunk due to his symptoms and wouldn’t take him home.

“A few years back he was in town and tried to get a taxi out.

“The taxi man told him to sober up first. I was livid.” Pauline said.

For those who are unaware, HD is an incurable genetic disease and means the brain cells are dying, resulting in a number of physical and cognitive symptoms. Physical symptoms include; impaired balance and coordination, involuntary movements, swallowing difficulties, slurred speech and impaired communication.

Cognitive symptoms range from memory difficulties to impaired thinking, impulsive & disinhibited behaviours and perseveration. These symptoms also result in emotional and psychological distresses for Joe and others who suffer with Huntington’s disease, such as anxiety, depression, Obsessive compulsive disorder, psychosis and personality changes.

For his mother, Pauline, is has been like watching Joe grow in reverse.

“He was very independent, hardworking and stubborn. He had dreams and hopes for the future like everyone else, but it is all fading away.

“He thinks he can still do everything, but he is decreasing rapidly. I would rather watch a lot of other things, than my own son deteriorate,” Pauline lamented.

Pauline is also using the occasion to put pressure on the HSE to provide more specialised residential care units for people like Joe with HD, such as Bloomfield in Rathfarnham, Dublin, which is currently the only specialised unit in Ireland for younger people with HD. Pauline feels this should be a basic fundamental right.

She said of the petition, “The aim is to get the HSE to fund residential care for people like Joe.

“I have started the petition and already have about 1,000 signatures.

“He not only needs, but he deserves a couple of years with a quality of life and that’s what I’m looking for. A life where he can get to do the things he likes to a certain extent.”

The petition can be signed on the day of the walk, or alternatively, one can sign it in Longford establishments such as our very own Longford Leader office. People will also be able to sign up to an online petition at chng.it/PbvBG6Xt.

Pauline wished to thank the people of Longford for their constant support and understanding surrounding Joe and his disabilities, before urging them and others alike to support Joe’s latest venture.

“The Longford people are absolutely amazing.

“They all watch out for Joe, be it businesses or private people.

“I do appreciate all of their help,” she said.

Donations are optional on the day, with a €5 fee recommended.

“Everybody is welcome. If they want to give a donation that’s great, if not just come out and enjoy the walk and give him the support.

“If you see the petition sign it, that’s all we ask people to do,” Pauline concluded.