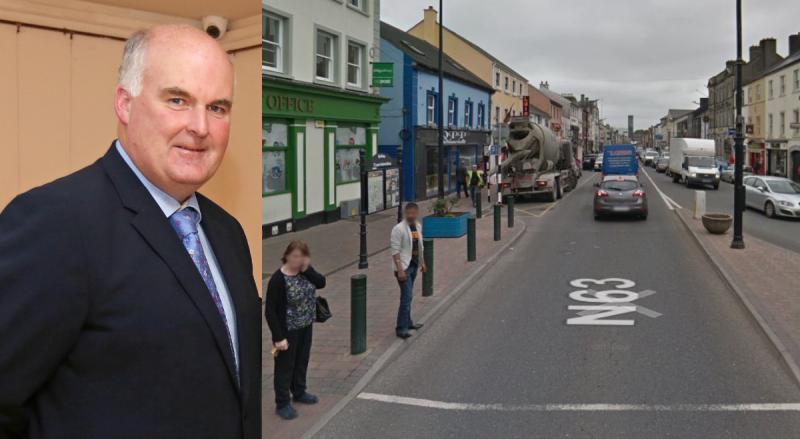 The scene where today's incident occurred

Whilst welcoming a recent increase in Garda presence on the streets of Longford Town, the Councillor said all available resources need to be deployed to the town between now and Christmas adding, “If that means taking officers from Roscommon then so be it, Longford has to come first now.”

Also read: Gardaí at scene of outbreak of violence in Longford town

The Councillor is also calling for a local task force to work on solutions to the ongoing feud stating, “Policing alone isn't the solution and we need a multi-disciplinary team in place to tackle the problem from all angles."

“The authorities need to tackle this problem once and for all. An all-inclusive and cross agency approach is required. As well as this it is evident that additional Gardaí are needed. This is something I will be raising with the Gardaí Commissioner and the Minister for Justice. In Drogheda and along the border region, additional Gardaí have been assigned. It is imperative that some of those graduating from Templemore in the next round are destined for Longford. I know that we have indicative numbers for new Gardaí for the new year’s but a number of these will only be replacing Gardai who are due to retire.

“If we don’t act there will be collateral damage to the local economy. The violent scenes on the Main Street this morning would understandably put people off shopping in the town. For local businesses, Christmas is the busiest time of the year. We need to protect local business owners and encourage people to be not put off by the incident this morning and shop local this Christmas.

“I will be raising this with the various stakeholders as all will agree, the actions of feuding gangs this morning has absolutely no place on our Main Street,” concluded Cllr. Flaherty.