‘There are people parking in disabled spaces without permits’ 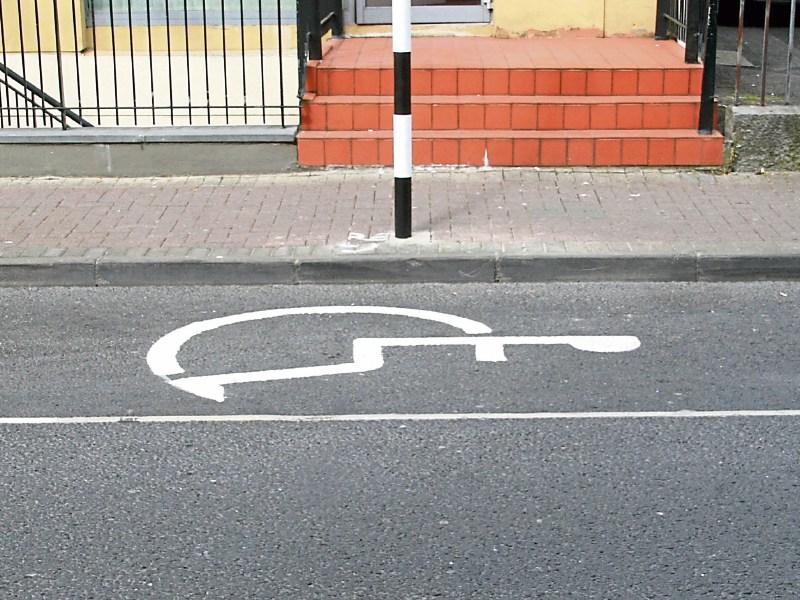 Disabled parking bays: Calls for policing of parking in Granard

Cllr Turlough Pott McGovern has criticised members of the general public who are using disabled parking bays in Granard town.

Cllr McGovern made the comments after tabling a notice of motion at the meeting of Granard municipal district, calling for the erection of signs to highlight which spaces are disabled parking bays.

Cllr McGovern said, “There are people parking in them (disabled bays) and they haven’t parking permits.

“I know there is a certain person who brings his mother into town every Friday and anytime he comes into town on a Friday or any other day, there are other people in them (disabled spaces) and they are not permit holders.

“It is a major problem in this town.”

Cllr Garry Murtagh agreed that it was an issue in the municipal district.

He said, “The biggest problem with the permits is people think it is for the cars. It is actually for the disabled person themselves.

“Some people are of the opinion that they can park in spaces with a permit even if a disabled person is not along with them, which is the problem.”

Cllr PJ Reilly said the problem would be lessened if local gardaí make an example of those who use them without valid permission, to which Cllr Micheál Carrigy agreed.

Cllr Reilly stated, “If the guards are policing them and one or two are made an example of, it would stop people parking in them.

“Some gardaí are more particular than others.

“Like with speeding on the roads, if there is a presence with checks done on them and the word gets out, it will deter them,” he continued.

Cllr McGovern then requested that markings at the two current disabled parking bays in Granard town be updated. Mr David Coppinger, Senior Executive engineer with Longford county council, confirmed that they will be done during resurfacing works.

Mr Coppinger stated, “I have got a commitment that when the resurfacing work is being done on the N55, they will be reinstating markings. So the ones on Main street will also be brought up to standard.

“There is a new standard. They are painted blue and slightly bigger,” he added.

Cllr McGovern then questioned whether another space could be added in the town, to which he received a positive response from Mr Coppinger.