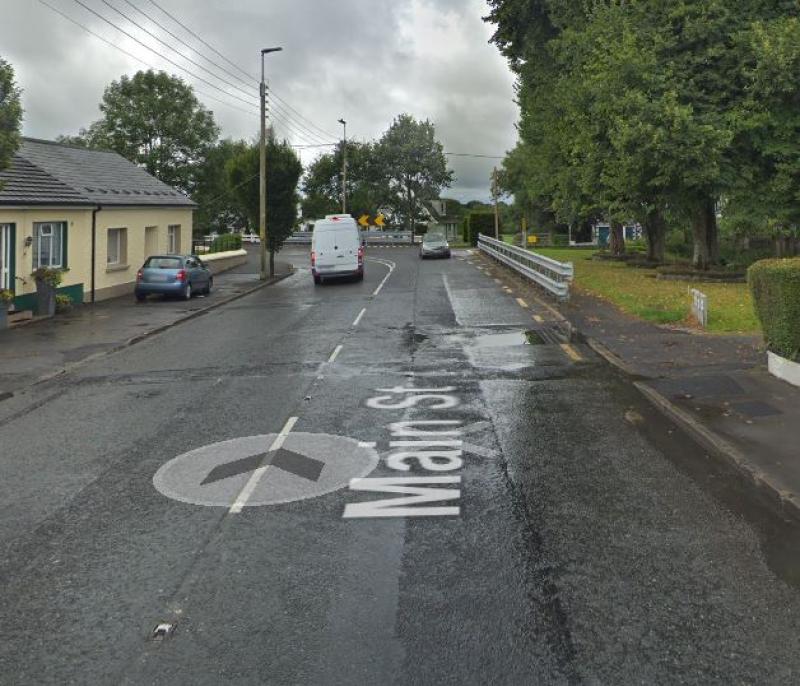 The scene of the weekend incident in Newtownforbes

Two men are to appear at a court in Monaghan today following a high speed car chase in Longford at the weekend.

The pair, who are wanted in connection with a series of burglaries in the Cavan area, were apprehended after two cars were involved in a road traffic collision in Newtownforbes on Saturday night.

The incident, which resulted in significant damage being caused to a wall, is also believed to have involved a VW Jetta which had been reported stolen in Northern Ireland sometime earlier.

When gardaí arrived on the scene, it is understood one of the cars took off at high speed.

In a bid to evade pursuing officers, the Leader further understands the car in question turned off its lights while continuing to drive at high speed.

Despite managing to escape temporarily, gardaí later stopped the car close to Mullingar.

The occupants and those involved in the incident, which included three men and a female, were brought to Longford Garda Station for questioning.

The Leader understands none of the the suspects are from Longford, but rather have addresses in the Navan area and are members of the Travelling community.

Two men were later charged and were due to appear at Monaghan District Court this morning.

The other male and female were released without charge.