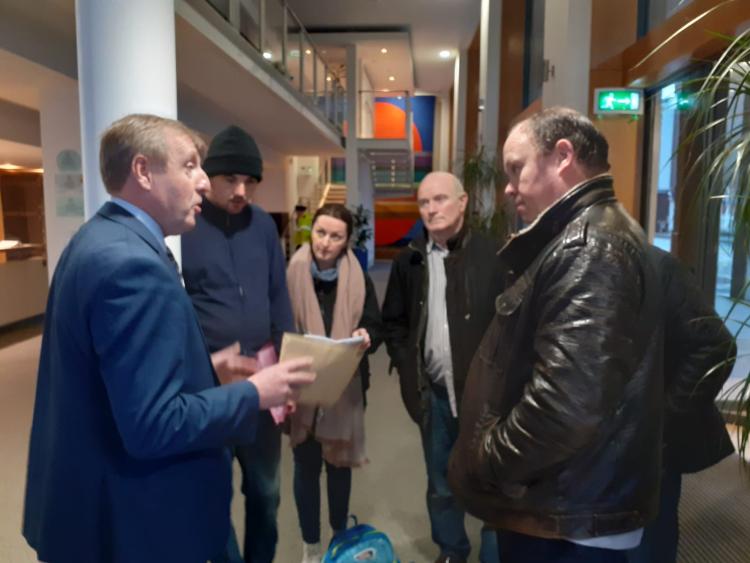 Cllr Brady is one of two farmers at the centre of a high court injunction which remains in place following his participating in recent protests at C&D Foods in Edgeworthstown.

Also read: "It is not going to anyone any good to hold injunctions over two people’s heads" - Cllr Paraic Brady

Earlier this morning, Minister Creed met with protesters for ten minutes at Merrion Square, Dublin and after that meeting Fran McNulty tweeted that farmers said, "They are still not happy, say they are going nowhere until he (the Minister) meets their official delegation."

Widespread commuter disruption is predicted today as part of Dublin city centre has been blocked off since yesterday after dozens of tractors were parked around St Stephen's Green.

The protesters are demanding better prices for farmers and are calling on Government to do more to help rural Ireland, which they say is in crisis.

Farmers were incensed with Minister Michael Creed after he stated in the Dáil yesterday that death threats were made against management at C&D foods in Longford during the beef crisis protests. Farmers say no such threats were made.

90 tractors parked on Merrion Square, as close to 200 protestors demand better prices for farmers & call on Government to do more to help rural Ireland, which they say is in crisis @rtenews pic.twitter.com/Ez0vOn686s