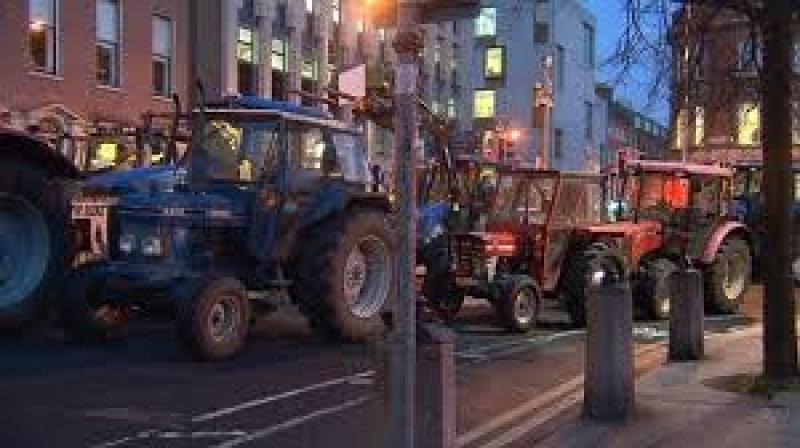 Gardai are warning that the tractor protest undertaken by farmers in Dublin yesterday will continue to impact inner city traffic today in Dublin.

The farmers began their protest at Merrion Square, and made their way to Kildare Street, demanding a meeting with Minister for Agriculture, Michael Creed, TD. Many slept in their tractors and vans last night and are continuing their protest today with the possibility that other routes, including the M50 could be hit if the protest escalates.

Farmers launched the tractor protest yesterday to highlight the falling incomes of the farming community, especially those in the beef and meat sector.

With Brexit looming, many fear the complete economic collapse of the farming industry, and the impact thereof on rural Ireland.

The protesters further threatened to undertake more protests on major motorways, including the M50 today.