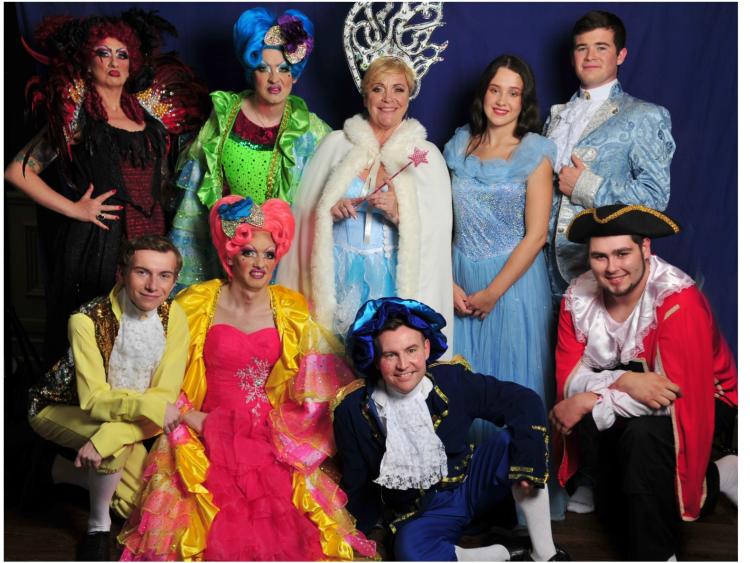 When you think of Christmas you think of family, festive fun, Santa and of course Panto! It's been a Christmas tradition in Ireland for years to make an annual trip to a Dublin Panto in The Olympia, Gaiety, Tivoli, Helix and more. But this year you can add Longford to your Panto options as Cinderella takes to the stage in St Mel's College from December 23 to January 5.

Starring X Factor star Mary Byrne as Fairy Godmother, this promises to be a spectacular fun Panto for all the family.

Cinderella is produced by Stray Cat Productions, that includes Paul Hennessy and Tracey Carty from Evolution Stage School on their team. Gerry McCann brings his 14 years of experience as stage manager of The Tivoli (Cheerios) Panto to the table with Pat McElwain directing.

The script is written by the very talented Los Angeles based Leixlip native Karl Harpur. He also writes for the Helix and UCH Limerick Pantos. Tracey will be choreographer with Paul taking on the musical director roll.

St Mel's will be transformed with state of the art staging, lighting and sound. It’s a ‘traditional style’ Panto based on the Cinderella plot that everyone is familiar with. It’s hilarious and will having you laughing loudly!

They will be joined by a 50 strong chorus and dance troupe made up of local kids and adults from Evolution Stage School.

The Panto will also have a knock on effect for the local economy with large numbers of visitors visiting Longford town over the Christmas holiday period. This will be great for local restaurants, shops and accommodation.

An A4 programme will be on sale during the Panto run and some ad space is available. €100 full page or €60 half page. Email longfordstraditionpanto@ gmail.com if interested asap.

Check out our facebook and instagram pages ‘Longford's Traditional Panto’ for updates and remember to shop local!