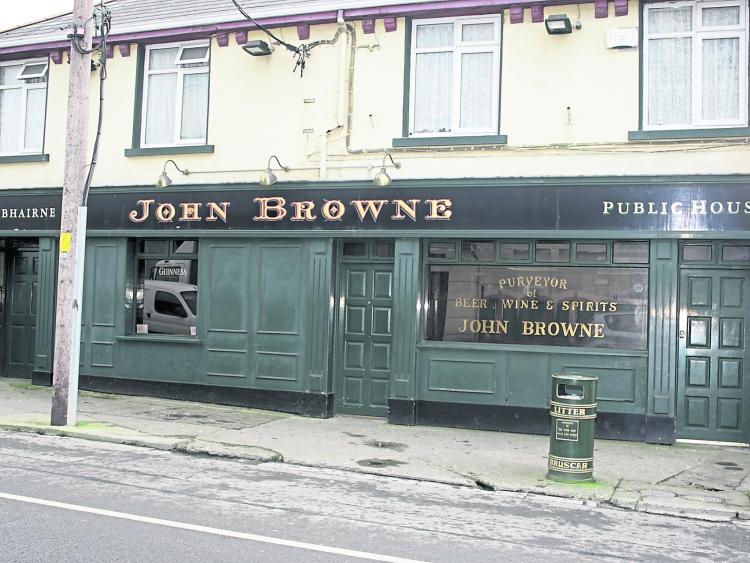 One of Longford town’s oldest licenced premises called time on over three decades of business at the weekend as John Browne’s Pub closed its doors for the last time.

Proprietor and local Councillor John Browne (pictured) said his decision was not unexpected and had been on the cards for some time.

“I said earlier this year that I was getting out, sure I have been there for 31 years,” he said.

Cllr Browne added he was unsure as to what to do with the premises into the future, but didn’t rule put making a return at some stage.

“At the minute, I’m not going into renting or anything like that and I could even start again,” he said.

The Fine Gael local representative said his tenure behind the bar of the Market Square establishment had conjured up endless memories over the years.

He did though, nonetheless, tell of how the licenced trade had invariably taken on a whole new meaning in recent times.

“There’s a lot of people (who came through pub’s doors) that are no longer around, but I had given enough to it (business) and it does take up a lot of time,” he said.

In keeping with those thoughts, the well respected local accountant told of how the licenced industry was very much an “events based business” and urged those looking to dip their toes into the bar trade to think carefully.

“I wouldn’t over-encourage anyone,” he said, when asked about what advice he might impart onto potential young, aspiring pub owners of tomorrow.

“Being near a regional college or where there is a high concentration of people would definitely be a help.

“You have to have a party, bingo or quiz night on now really and of course having food is important too.

“In my opinion it’s (closing) no big deal and I might even be capable of reappearing.”

Read also: Is Longford's rural pub industry on the brink of collapse?