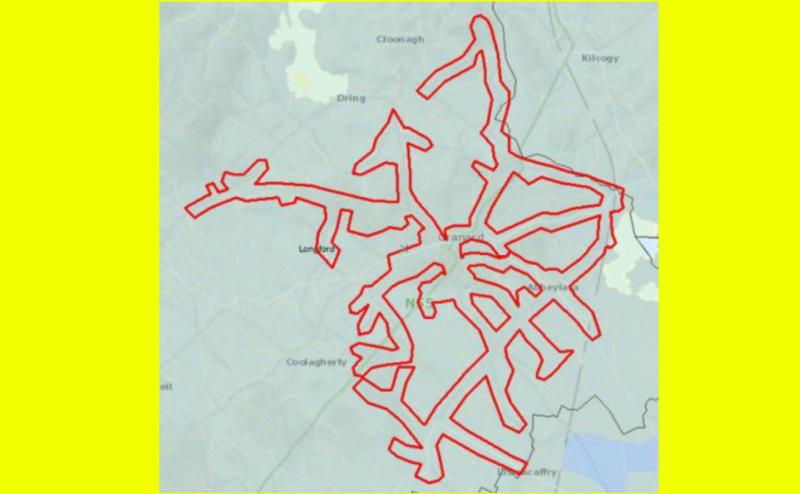 A boil water notice affecting some 2,500 homeowners and businesses in the Granard and wider north Longford area looks like remaining in place for the foreseeable future, writes Liam Cosgrove.

Irish Water chiefs have given no indication as to when the ban will be lifted after the notice was put in place over the weekend.

A spokeswoman, when contacted by the Leader on Monday, declined to be drawn on the precise circumstances behind the move but confirmed the suspension was linked to a disruption at the local Lough Kinale water treatment plant.

In a statement over the weekend, the public utility said it was working closely with both Longford County Council and the HSE to try and resolve the situation as soon as possible.

“Irish Water acknowledges the impact and inconvenience caused by the imposition of a Boil Water Notice to homes and businesses,” it said.

“We wish to thank the community for their patience and cooperation while we work to resolve this issue. Irish Water’s priority is the provision of safe, clean drinking water and safeguarding that water supply for the future is a vital focus.”

Local Councillor PJ Reilly said the restrictions put in place by Irish Water were “precautionary” and advised affected households to follow the advice of the national utility company until the embargo is lifted.

“There was a concern that some water may have been getting through the system without being treated but that has been rectified now,” he said.

“It’s likely the boil water notice will stay in place until the end of the week to allow for various tests to be done, but I would be advising people to stick to the guidelines over the next few days.”

Read more: 2,500 people in North Longford MUST continue to boil their water to protect their health

Local businesses have given a mixed reaction to the news with a number of firms bemoaning the inconvenience brought about by the decision.

Thomas McBrien of McBrien’s Londis in Granard said the interruption in service had been especially hard for local homeowners to digest.

“We are sold out of five litre water bottles until tomorrow (Tuesday) and it’s a big inconvenience for our customers,” he said.

Local postmaster Padraig McNamara agreed, saying the notice would be particularly hard felt on taxpayers in the lead up to what is one of the most financially burdensome times of the year.

“It’s not a major problem so long as it doesn’t go on too long but I would like to think it would be short lived,” he said.

“There is a cost involved to businesses though and the ordinary person on the street who are already under (financial) pressure.”

Cllr Joe Flaherty has also said the matter must be resolved immediately.

He remarked, “At the moment there is a boil water notice affecting over 600,000 residents in the greater Dublin area. I would have huge concern that all efforts will be directed to fixing this water supply, leaving Longford behind.

“As with any boil water notice, 2,500 people in Longford now need to purchase bottled water and boil water. This really puts a burden on people who are sick, elderly people and on businesses.

“While this boil notice is temporary, I will be writing to Irish Water on the issue of water quality across Longford. In the meantime, I’d urge families to check the Irish Water website for the latest updates on water quality in their area.”

Details of the latest boil water notice to affect the Granard and surrounding north Longford area comes a little over year since dozens of households in the same locality were forced to go without running water for several days.