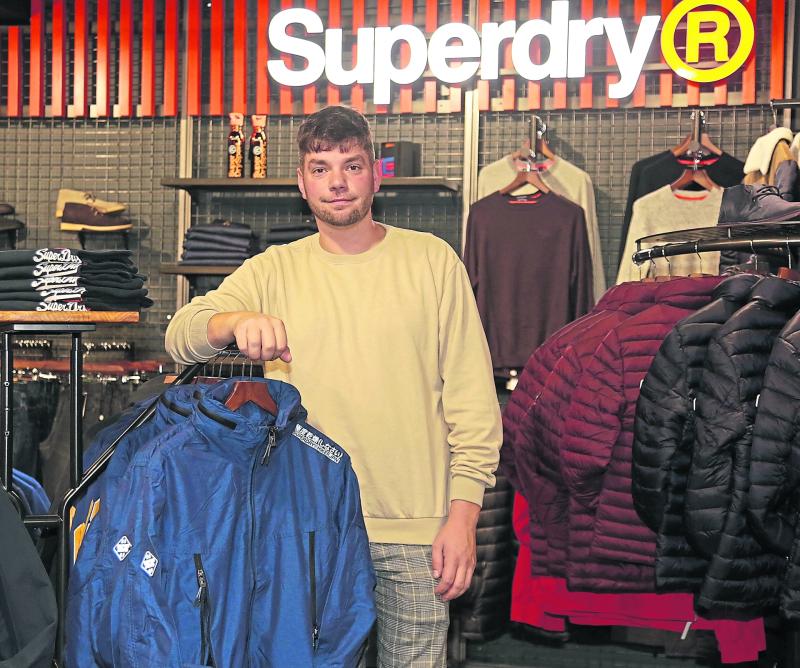 Arthur Scegolsky manages the Superdry section of the store

Kevin Forde explores Spirit's online platform, which has allowed them to ship worldwide

2014 marked the year that Spirit first set up their online clothing store, spiritclothing.ie, taking them into the 21st century.

Over the past five years, their online presence has grown significantly and not only do they now ship throughout Ireland and the UK, but also all across the world.

They have even shipped as far afield as New Zealand and Japan, the current hosts of the Rugby World cup.

“It could be anywhere, although 90% of our business is within Ireland.

“We just shipped items to New Zealand just last week. We have also shipped to Japan. It really could be anywhere. It has gone worldwide.

“I would love to see pictures of a couple of spirit bags when they arrive there,” he joked.

Peter says their online system is not only a means for purchasing items, but also a way for customers to do their research prior to making the trip to their store. Something, which he says, has increased significantly over the years. He also praised the new markets opened to the team at Spirit, after setting up their own site originally.

He remarked, “Not only does the website give you validation for your business, but people can also research items before they come into the store and see the product.

“People seem to do their homework online now. It is the future of shopping.
“You can sell into markets that you have never been and hope to touch,” he added.

Good news for all customers availing of Spirit’s online service, as they offer next day delivery to anywhere in Ireland, if orders are made prior to 2pm.

That is not all, however, as there is also free delivery for Irish customers who complete orders over €50.
Peter said, “We offer next day delivery to all 32 counties in Ireland if you order before two o’clock.”

For more information or to bag a bargain of your own, see www.spiritclothing.ie or drop into the team at their new premises.