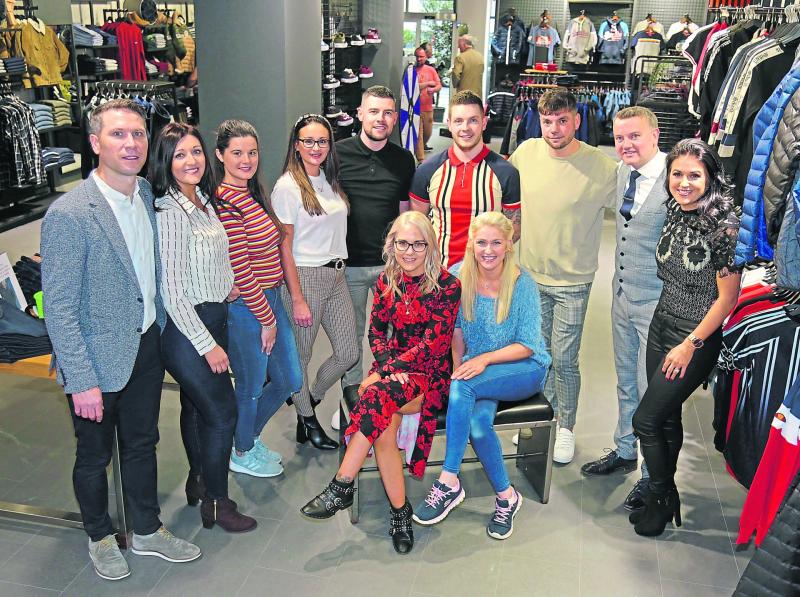 It's been 23 years since two friends from St Mel's College set out on the dream of opening their own menswear store.

Little did the duo or indeed Longford think that, nearly a quarter of a century later, they would be established as one of the foremost names in fashion retailing outside Dublin city.

Joe Flynn and Peter Dolan took their first brave steps together back in 1997.

At the time, Peter was still working in the family's Food Market business in College Park, but Spirit found instant traction and the duo quickly realised that they were onto something.

Today the pair have opened the largest and most impressive private retail development at a cost of almost €1m on Longford town's Main Street.

It is the culmination of a journey that sees the pair employ almost fifty staff across shops in Longford and Roscommon.

But the journey hasn’t been without its challenges. They had to ride out the 2008 crash and both would agree that it was an important learning curve.

Key to the pair's success has been their loyalty – loyalty to the community and loyalty to Longford.

Since they opened they have been generous sponsors of St Mel's College sports teams and several other schools.

Most recently they unveiled Olympic swimming hopeful, Darragh Greene, as their brand ambassador, and thanks to Spirit there isn’t a better dressed swimmer on the circuit.

When Frank Kiernan Jnr brought together a group of fellow minded locals in 2014 with a view to creating positivity for Longford, he included the 'Spirit boys' and those early endeavours led to what we now know as the Longford Summer Festival – one of the largest free outdoor music events in the country.

For several years now Peter Dolan has been treasurer of Longford Chamber of Commerce and was to the fore in the development of their groundbreaking 'Black Friday' retail initiative in the build up to Christmas each year.

As the business grew, both Joe and Peter were always keen to grow and try new things.

First came Spirit Kids, which they opened on the opposite side of Dublin Street. Children's wear was always a hugely competitive space but the pair used their buying expertise and retail knowledge to get the brands that would set the store apart.

For a number of years, Joe and Peter were looking at the option of branching into women's wear and in 2009, they brought the exciting TALLY WEiJL store to Longford's Main Street.

TALLY WEiJL is a leading international fashion label which designs, produces and sells sexy fashion for young women across the globe but its Longford outlet is the only dedicated store in Ireland.