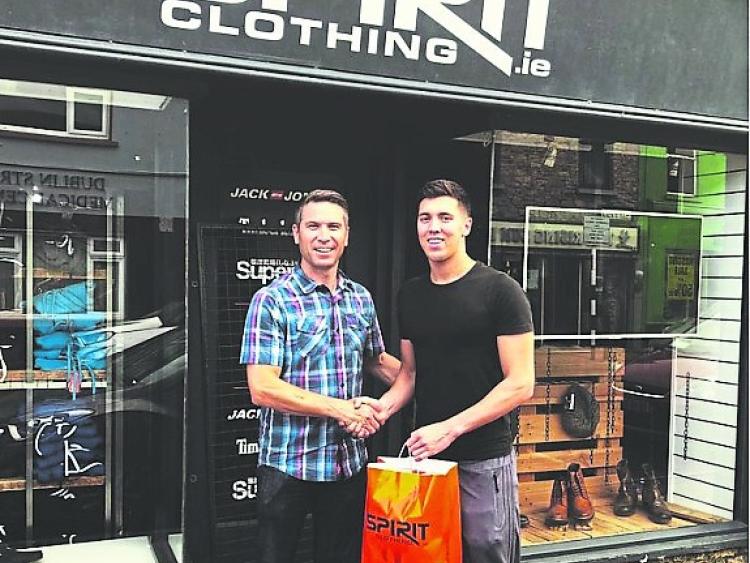 “Massive thanks to Joe, Peter and the lads for sorting me out with all the latest top brands, couldn’t ask for anything better,” he said.

Also read: "I was expecting a lot of hate because I'm so opinionated" says Longford's Maura Higgins in first Irish interview

The news comes after Darragh secured his Olympic qualification time at the world swimming championships in Gwangju, South Korea. Darragh set Irish records in both the 50m and 100m Breaststroke and finished 10th in the world in the 50m event, as well as setting an Irish record with the Ireland’s Men’s Medley Relay team. Darragh subsequently received pre-validation for the 2020 Olympic games for his efforts.

The news also comes after the recent announcement by local businessmen, Joe Flynn and Peter Dolan, that they had concluded a deal for the purchase of the old Dunnes stores building on Main street in Longford town, one of the most significant property deals the town has seen in recent years.

Delighted to announce that I have partnered up with @spiritclothing1. Massive thanks to Joe, Peter and the lads for sorting me out with all the latest top brands, couldn’t ask for anything better.
.
.
.#spiritclothing #ad pic.twitter.com/iIkEZql9BG