Farmers not standing on picket lines to stop people working 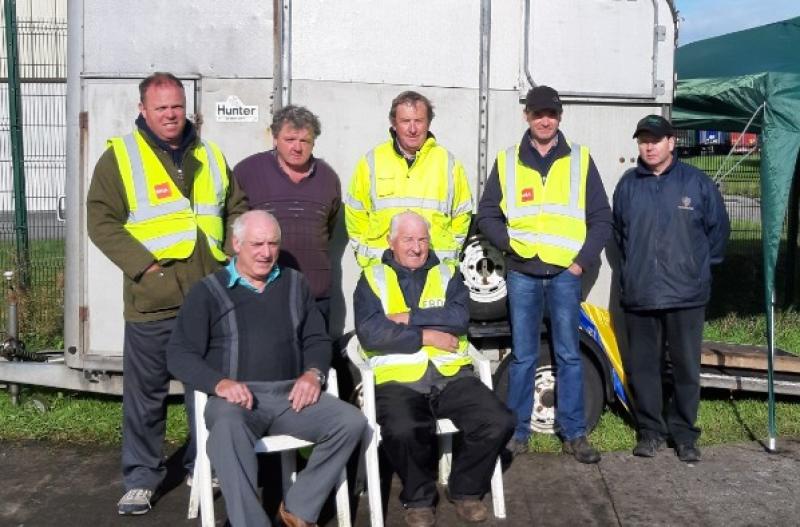 Meanwhile, protests at C&D Pet Foods in Edgeworthstown have been suspended after the company secured a permanent injunction preventing protesters from blockading its premises on Friday afternoon.

In a statement issued by C&D last Friday, the pet food manufacturers revealed that 187 workers had already been temporarily laid off, with blockades at the factory putting 425 more jobs in jeopardy.

A main figurehead in those blockades was Drumlish councillor Paraic Brady who has been on the picket lines at Liffey Meats, Ballyjamesduff, and C&D Pet Foods since picketing began.

At last week’s meeting of Longford County Council, members of the council expressed their support for Cllr Brady and commended him on the support he has shown farmers over the past several weeks.

“I’d like to say here today, I have a passion in my heart,” said Cllr Brady, addressing the chamber ahead of his High Court appearance.

Read also: 'People like me will wreck this cartel', vows Brady ahead of court appearance

“I have stood with farmers for the last three or four weeks. There was a call for transparency in the meat sector. I’m sure everybody here has heard what I had to say. I’m not going back on anything I’ve said and I don’t intend to go back on it.

“The supermarkets have it for three days and the factory has it for five days. And the farmer has it for two years. That’s the reality that we have here. And then all of a sudden they can’t even get a bloody living out of it. That’s what it comes down to.”

In support of Cllr Brady, and acknowledging the hardship that C&D employees have had due to protests in recent weeks, Cllr Turlough ‘Pott’ McGovern (Ind) stressed that no farmers are standing on picket lines to stop people from working.

“I’d just like to make it clear that the people that’s on these picket lines don’t want to stop the work that’s going on in these factories.

“We’re doing it for the farmers’ benefit and not to stop jobs in Longford. It’s jobs into Longford we want, not out of it.”

Read also: Longford farmers promise - "We are not going to back down"

A number of other councillors expressed their support for Cllr Brady, including party colleagues Colm Murray, Micheál Carrigy and Garry Murtagh who all commended the Drumlish man for standing up for farmers, and Fianna Fáil's Cllr PJ Reilly who stressed that farmers are only fighting for a living.

Cllr Joe Flaherty (FF) also pledged his support for the Drumlish man but stressed that the fault here lies with the Minister for Agriculture, Michael Creed.

“This is ultimately going to be his epitaph: that he is undoubtedly the most ineffective Minister for Agriculture in the history of this day and we cannot allow the small farmers of Longford to pay this price. We’re hugely dependent on them.

“I commend the farmers for what they’ve been doing, but you’ve been done a woeful disservice by your Minister.”

Ahead of his appearance at the high court on Friday afternoon, Cllr Brady pledged to stand by farmers whatever the cost.

“It’s people like me that’ll wreck this cartel because we’re prepared to do whatever it takes to wreck it,” he vowed.

“There needs to be something done on this and I’ll be the first to make a mark on this.”