Longford farmers promise - "We are not going to back down"

Longford farmers voice their frustration at a lack of increase to base prices for beef stock and have produced dockets showing that prices have only increased by an estimated 28cents per kg since 1983, without taking inflation into consideration.

A small number of Longford beef farmers, who wish to retain their anonymity, have expressed their frustration at the lack of progress made during beef crisis talks over the weekend saying their ‘trust has been broken’ by key stakeholders within the industry.

The farmers confirmed to the Leader that protests will continue at Kepak Ballymahon, Athleague and Kilbeggan for the foreseeable future, unless some sort of resolution is found.

“We seem to have gotten nowhere.” said one farmer, before adding: “I can’t see anyone backing down from factory gates.”

Although the farmers are satisfied with some of the terms agreed during talks over the weekend, the main issue remains what they call an unacceptable base price, which currently sits at €3.45/kg.

“Price is the main issue at the end of the day. If we could get a base price of €4/kg then we’d be happy.

Also read: 'People like me will wreck this cartel', vows Brady ahead of court appearance

To put their frustrations into context, the farmers produced two pricing dockets to the Leader - both of which can be verified - showing price differences received for O-grade bullocks between 1983 and 2019.

In August of 2019, one ‘O grade’ Friesian Bullock achieved a price of €3.21/kg in Kepak Athleague or €1,001.52 without levies being taken out. This represents an increase of just 28 cents per kg in the space of 36 years, something farmers find ridiculous considering their counterparts in 1983 didn’t have the 30-month, 4 movements and 70 days residency rules to abide to. 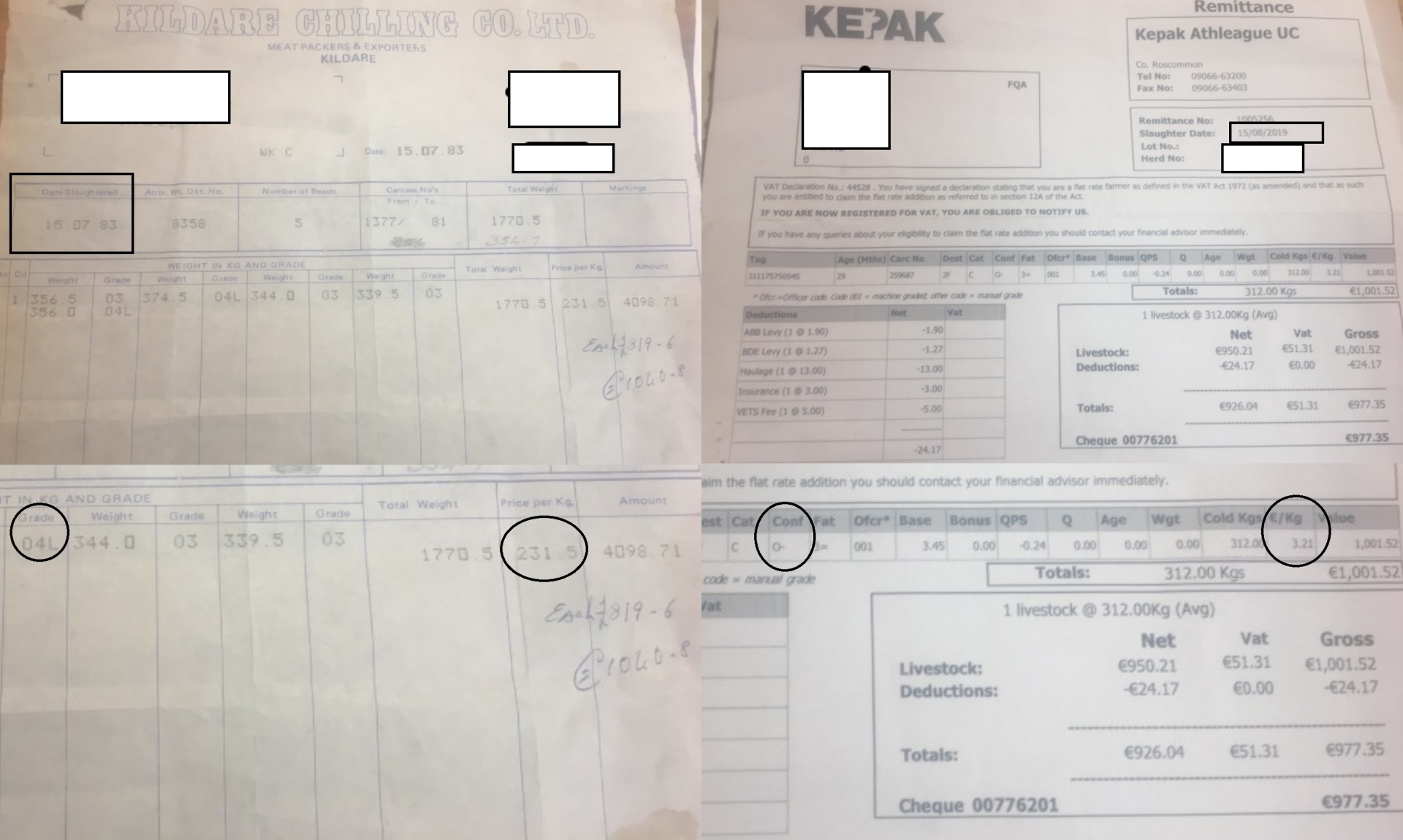 With the cost of production and other costs relating to the running of a farm having increased significantly since 1983, such as Nitrogen prices which have increased from €162/tonne in 1983 to €300/tonne in 2019, farmers say the lack of increase in base prices is very disheartening.

“The cost increases we have faced are unreal. Our costs have gone up through the roof.

“Costs have gone up, but the price of cattle since 1983 have only increased by 28 cents, where is the logic?"

Other cost increases include feed costs which now stand at between €280-€300/tonne, and increased contractor and fuel costs to name a few, which farmers say are putting them under serious financial strain.

“If a farmer knew what he/she was making in the future, it would make things a lot easier.

“Factories have too much wiggle room.

“We should be able to live comfortably as farmers.” they reiterated.

The farmers then questioned as to why they are making the smallest slice of profits from an animal, when they are the ones putting the most time into them.

They said: “We have an animal for 24-months, the factory has it 3-4 days and the retailer 2-3 days, yet we are getting the smallest piece of the pie.

“They can do what they like and yet the farmer is paying for everything.”

Although extremely frustrated at the lack of progress made on pricing during talks, the farmers say they are ‘waiting in hope’ for a resolution, before warning stakeholders within the industry that they won’t go away until their demands are met.

They stated: “We are still not going to back down until we get something concrete.

“This should have happened years ago.”

Also read - Longford Leader Farming: Have you submitted everything necessary for the BEEP scheme?