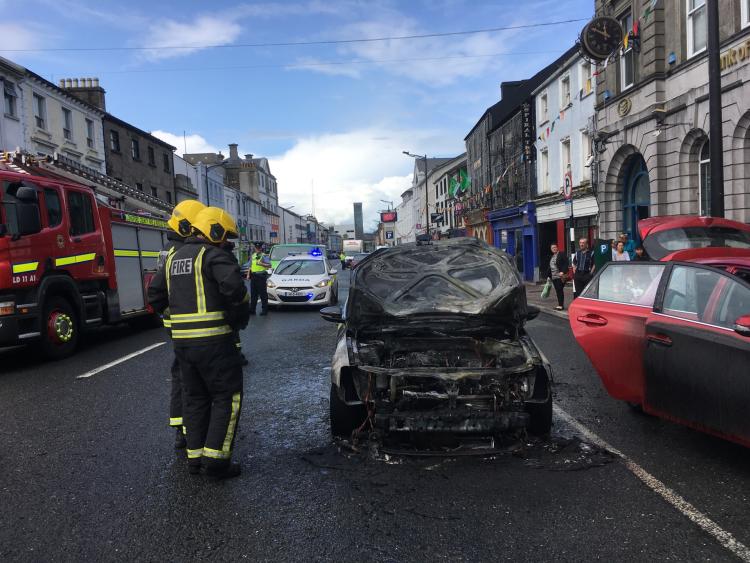 The public have been advised to expect delays in Longford town this afternoon, August 12, after a taxi caught fire on Main Street.

Gardai and Longford Fire services are now at the scene of the incident after the taxi caught fire earlier this afternoon, Monday August 12, on Main street, Longford town, suffering significant damage as a result.

Local gardaí confirmed to the Leader that the fire was caused by an electrical fault in the car. They also confirmed that the driver of the taxi in question, was lucky to escape without injury.

Nobody else was injured as a result of the fire, which has now been put out, though a car which was parked beside the taxi at the time also suffered significant damage to the driver side of the vehicle.

Temporary road diversions are now in place, while gardaí and emergency services deal with the blaze.