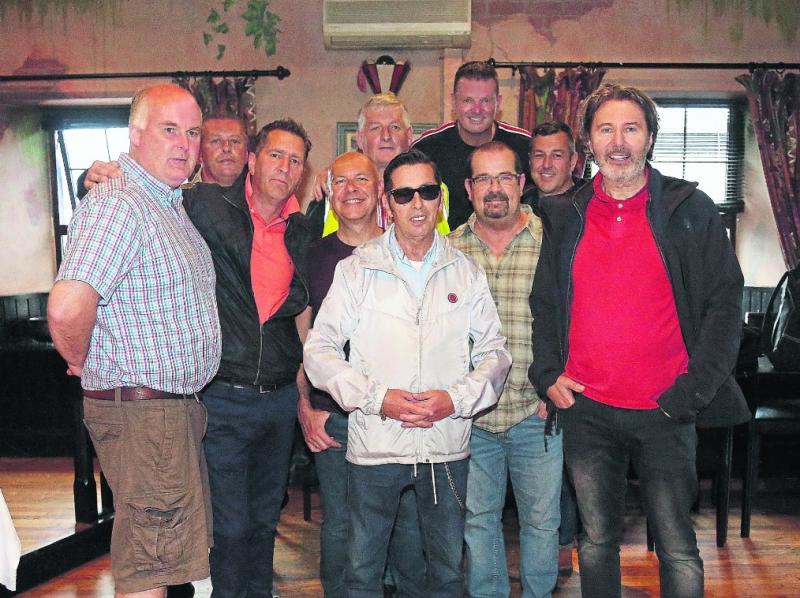 As official Garda estimates put the crowds for the successful Longford Summer Festival at in excess of 31,000, festival organising chairperson, Joe Flaherty, said the event might well be a turning point for the town.

Speaking in the aftermath of the hugely enjoyable nine day showcase of live music, he explained that the concept was to attract people back to Longford and the move to nine days saw the nightly crowds increase as the festival went on.

"We knew we needed a strong first week to build confidence and to get people talking about the festival but also talking about coming to and socialising in Longford again.

“That reverberated into the second weekend then when we had people from the four corners of Ireland." he added.

He and the organisers, however, were taken aback by the turnout for the final night last Sunday which saw the Dublin City Ramblers and the High Kings pack 6000 people into Ballymahon St.

He said: "It far exceeded expectations and bear in mind there was 3000 at the Old School New School car show in the college earlier in the day.

“It was an extraordinary day for Longford. There are big well established tourism towns that would struggle to get 9000 visitors in a day."

Reflecting on both events, Flaherty said that the festival and events like the motor show are needed to bring people back to Longford.

He said: "We have to have a product to sell. The day of simply expecting people to come to shop, eat and drink is gone.
“It’s all about experience and a compelling offering."

The event was a huge success from a public order point of view with just two arrests for minor offences, the sitting cllr confirmed.

"We worked closely with the Gardai and in particular Superintendent Jim Delaney and Serg Declan McGlynn. The Sergeant gave a textbook performance in community policing and would be a role model for any policing district.

“We believe that Garda management now need to build on the success of the festival and restore the budget that will enable the local station to return to regular foot patrols and bicycle patrols around the town."

He also paid tribute to local firm Gilmore Security, who provided security for the event and as always wore the Longford colours with pride. The festival was a showcase event for Longford and brought young and old out onto the streets in a heartwarming show of civic and community pride.

"It was like the festival of old and it was great to meet friends that you might not have met in years." the Longford MD Cllr noted.

He said that the event was hugely dependent on volunteers and he thanked those who came out several nights to help.

"A handful were with us every night and put in massive shifts as did our local Longford Civil Defence led by Emma Reid."

Cllr Flaherty also singled out local publicans and committee members, Eddie Valentine and Andy Byrne Jnr, who have worked on the festival with him for three years now. This year was the first in which the festival committee sought and secured funding from the LEADER project and they wished to thank project worker, Margaret Walsh and LCRL CEO, Adrian Greene, for their support and help.

There was also a strong endorsement too for the events two main sponsors, Kiernan Structural Steel and Longford Tank Pipe & Drain.

Cllr Flaherty stated: "Neither business stood to gain from the event but both bought into its objective and from the first year that Frank Kiernan Jnr revived the festival at Connolly Barracks in 2014, they have steadfastly believed in what we are trying to achieve.

Continuing he said: “It would be remiss if I didn't thank the staff at Longford Co Council and in particular Marie Kenny and the outdoor staff who were there anytime we needed them."

Throughout the Festival social media was awash with positive messages and photos from the town and he thanked all who pushed such material and had special mention for local photographer, Lalin Swaris. But he saved his warmest applause and gratitude for the people of Longford.

“Over two weekends we basked in the spotlight for all the right reasons and civic pride was never as strong. The key now is to build on this success." Joe concluded.