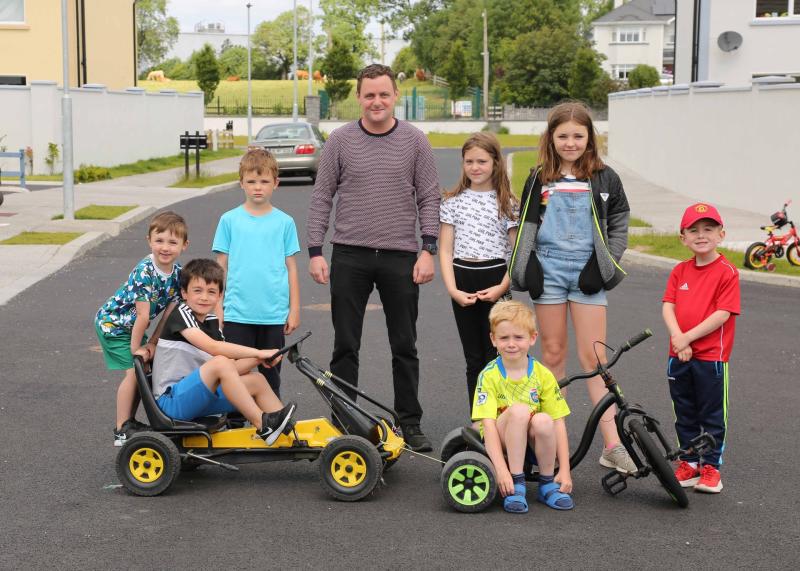 Local authority chiefs are coming under renewed pressure to re-examine its policy on introducing speed ramps in residential areas.

The call has come from one of its recently elected 18 public representatives, Cllr Gerard Farrell after he fielded several requests from local constituents asking for the strategy to be changed.

Cllr Farrell said a change in mindset was of vital importance given the presence of young families and school-going children in housing estates up and down the county.

“They (ramps) are probably the only way of slowing down traffic,” he said.

“You can have signs saying there is a speed limit of 30km per/hour in many of these places but ramps are the only physical way of slowing down cars.

“The Council seem to have a policy of no ramps but I want that changed.”

In 2017, council senior officials began the process of erecting 30km/hour speed limits in residential areas across the county following a 2015 recommendation. That came after a nationwide campaign was initiated 12 months previously by the family of a young boy who was killed when hit by a car outside his family home in Kilkenny.

In the wake of the loss of their six-year-old son Jake Brennan, his family launched Jake’s Legacy Campaign in a bid to reduce speed limits and introduce mandatory speed bumps. Cllr Farrell noted the recent opening of a €6.7m housing development at Knock Manor in Lanesboro back in April as a prime example of the need for speed ramps in such areas.

“There are signs which are about to go up there, the 30km/per hour and children at play ones but I just think ramps should be put in there,” he said, as he highlighted their success in some of Longford town’s oldest residential zones.

“There are ramps in Teffia Park and Annaly Park and they work because traffic coming in and out of them can only go at a certain speed.

“If they were taken away from the people of Teffia Park, I guarantee they would be asking to have them back in a very short space of time.

“The bottom line is they (ramps) are proven to work, they work very well in counties like Cavan and its a policy that should be revisited.”