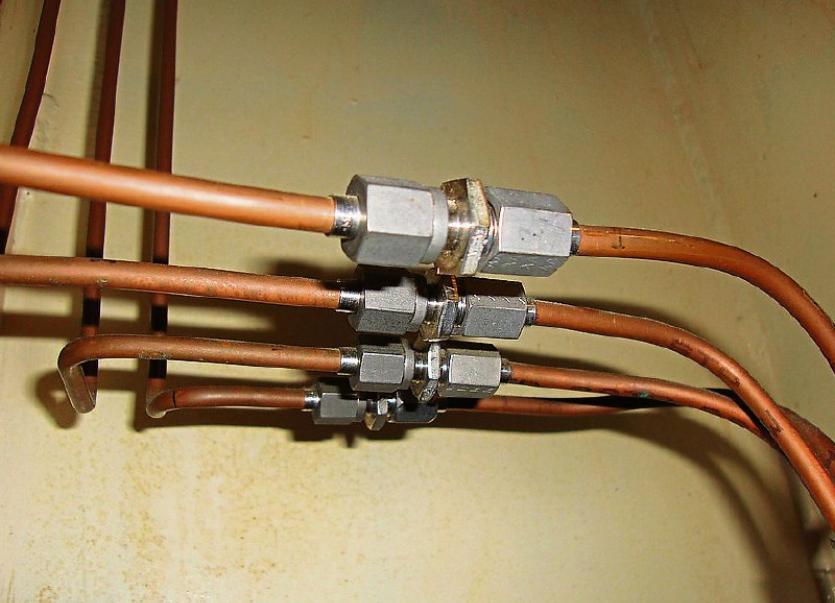 Ballymahon is set for a gas pipeline boost

The extension of the national gas pipeline to Ballymahon will bring untold benefits to the south Longford town's local economy, it has been claimed.

Minister of State for the Office of Public Works (OPW) Kevin ‘Boxer’ Moran made the announcement last week.

It means the pipeline, which had already been introduced between Athlone and Center Parcs’ €233m Longford Forest site, will now be available to businesses throughout the town.

Mr Moran said although the original intended purpose was to provide on site access to gas for the UK leisure giant, the fact local businesses were set to be afforded the same opportunity, was hugely significant.

“The main purpose was to bring the gas to Center Parcs and the additional benefit is that businesses in the centre of Ballymahon will now also reap the rewards,” he said, adding the project would be carried out as part of street enhancement work in the town.

That move is expected to bring with it an investment of €460,000 between the Department of Rural Affairs and Longford County Council.

“This is great news for the County of Longford in general as the network can be further extended into the county in the future," said the Independent Alliance Longford-Westmeath TD.

“I have been driving this project for some time now and I want to pay tribute to Minister Michael Ring for his support in making this happen.”

They were sentiments which were shared by reprsentatives from Ballymahon Traders Association.

“Absolutely,” was PRO Jackie White's reply to the Leader over whether details of the announcement had been warmly received.

“I think for a lot of businesses it will be such a boost because a lot of people still depend on oil.”

Besides the numerous advantages it offered to existing firms, the local auctioneer hinted at the long term impact the availabilty of natural gas would likely have on potential new enterprise coming to the area.

“Overall, it's very positive for the town and could really have a bearing on if a new business was looking at setting up here.”

In view of Center Parcs’ imminent arrival at the end of next month, Ms White said optimism and excitement was growing with each passing week.

“There are a lot of things going on in the background and things like this (extension of pipeline) will certainly help to bring about bigger decisions in the future,” she added.

Cathaoirleach of Ballymahon Municipal District Cllr Pat O'Toole said the decision typified the level of buoyancy that now existed in the town and its environs.

“It's fabulous news because it (pipeline) had already come as far as the Athlone-Mullingar road junction and to Center Parcs but businesses were always hoping there would be an opportunity to bring it up the town,” he said, adding there was unanimous backing for it among local firms and entrepreneurs.