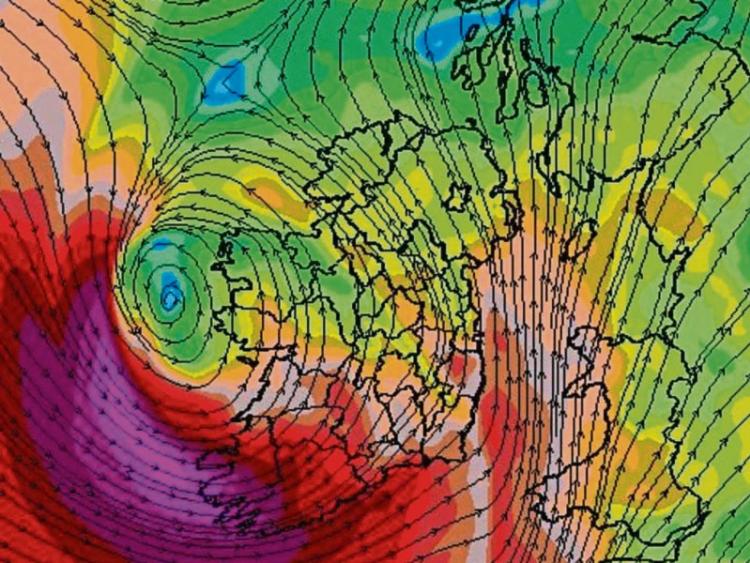 Storm Hannah expected to batter the country on Friday and Saturday

Longford  is set to be in the eye of the storm this weekend as Storm Hannah reaches land.

The latest storm is forecast to hit on Friday.

Hannah is likely to batter the country

A Status Orange warning will likely be put in place as storms are not usually named unless they warrant an orange alert.

Weather charts also show "severe gusts" could be on the cards during Storm Hannah.

Latest overnight models show storm bringing some damaging gusts to southwest tomorrow evening with a rough night across southern half of the country tomorrow night.

Met Eireann's current forecast states: "Early on Friday night will west and will be very windy or stormy in Munster and Connacht, especially in coastal areas with very strong, gusty west to northwest winds."Strong, gusty northwest winds will extend to all areas later in the night and rain will clear eastwards from most areas. Lowest temperatures of 3C to 6C."