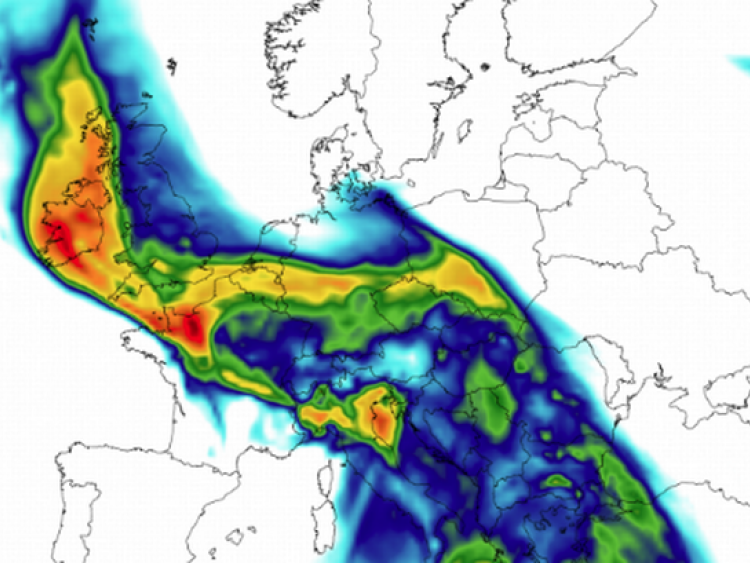 A Sahara dust cloud settled over Ireland on Tuesday night

If you're wondering why your car was covered in dust this morning, it's as a result of a plume of Saharan dust which made its way across Europe over the past few days.

The dust came down to the ground in a rain shower last night and a layer of grime was left behind when rain evaporated.

This is relatively common in Ireland and the UK, often happening several times a year as a result of dust storms in the Sahara colliding with southerly wind patterns.

Mainly cloudy this afternoon with showery outbreaks of rain spreading northwards. The rain will be heavy at times. Highest temperatures of 13 to 16 degrees Celsius in light to moderate mainly south-east breezes.

Tonight the rain will soon clear northwards. Lowest temperatures of 6 to 8 degrees in moderate south-east breezes.

Tomorrow, Thursday , there will be some bright or sunny spells and showers. Some of the showers will be heavy, with a risk of thunder. Highest temperatures of 13 to 15 degrees in moderate occasionally gusty south-east winds.