Organ donation: Maura Casey tells of how her husband's passing brought life to five other people 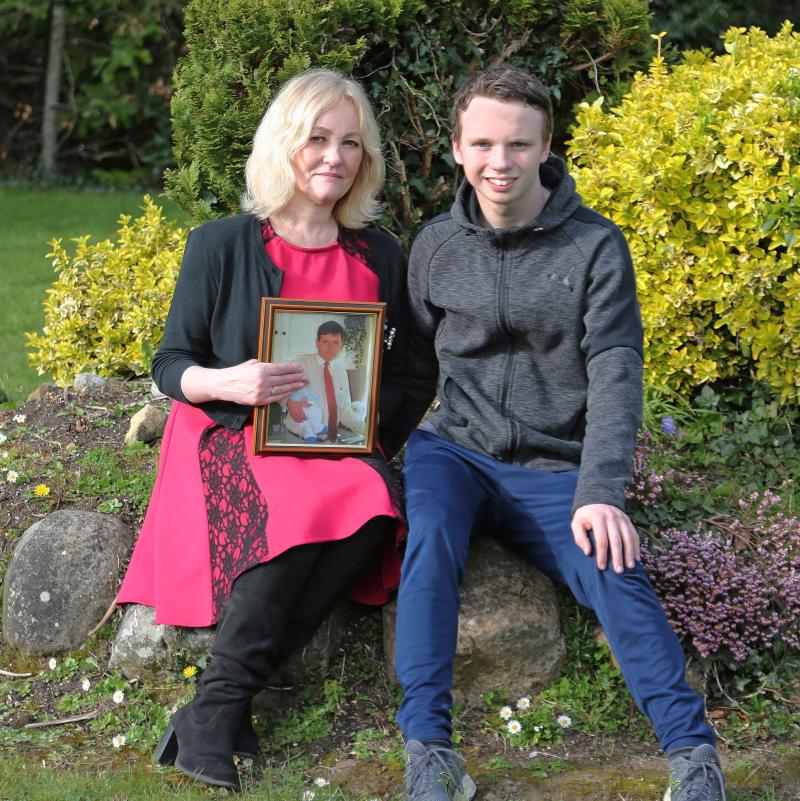 Maura Casey and her son, John, with a photograph of Joseph Casey Picture: Shelley Corcoran

On October 21, 20011, the lives of Maura Casey and her four-month-old son John changed forever when Maura's husband Joseph suffered a brain hemorrhage.

Joseph was placed on life support and his organs were donated to five transplant recipients, all of whom have been able to live life to the fullest.

In the run-up to Organ Donor Awarenss Week, which runs this week until Saturday, April 8, Ms Casey was eager to share her husband's heroic story.

Joseph, as an organ donor, helped to save the lives of five other people after he died.

He donated a kidney to a 23-year-old male who had been two years on a kidney machine prior to his transplant.

Joseph's second kidney was given to a 43-year-old lady who had been six years on dialysis awaiting a suitably-matched kidney.

Both kidney transplants were performed in Beaumont Hospital. The heart transplant, which was for a 47-year-old man, took place in the United Kingdom, while Joseph's lungs were given to a 62-year-old man in Manchester.

Joseph's liver was also retrieved and transplanted very successfully in St Vincent's Hospital. The recipient was a 48-year-old married man with a family.

All five transplant recipients have done very well since their surgeries and, in a letter to Ms Casey after the transplants were carried out, Beaumont Hospital expressed huge gratitude for her kindness and thoughtfulness for others, even in her time of grief.

“I would encourage everyone to discuss organ donation with their family members. The legacy of organ donation by deceased donors is profound,” Ms Casey said.

Read more: ‘It is just a fantastic thing for people to do’, says sister of Longford donor

“Thanks to the gift of organ donation, almost 4,000 people who have received transplants in Ireland at the moment are enjoying extended lives.

“The focus of organ donation awareness week is to remind individuals to talk to their families about their organ donation wishes and to keep the reminders of the decision visible by carrying the organ donation card and permitting the code 115 to be included on their driver’s licence.

“It gives me great solace that Joseph lives on in other people. He never lived to see his son, John, grow up as John was only four months old when Joseph passed away.”

Many people will remember Joseph from his time working as an architect in EJ Pettit’s here in Longford and Noel Heavey Architechts in Athlone.

He was also a very talented set designer and was the recipient of an All-Ireland award with Backstage Theatre Group in 1990 for his set design on One Flew Over the Cuckoo's Nest.

He gave unselfishly of his time and expertise to many other local drama groups in the area.

He also had a passion for photography and was very proud of his selection of photographs covering events of Mary McAleese's presidency, including many unpublished candid images of her inauguration. Mrs McAleese and her husband Martin were close friends of Joseph and his family.