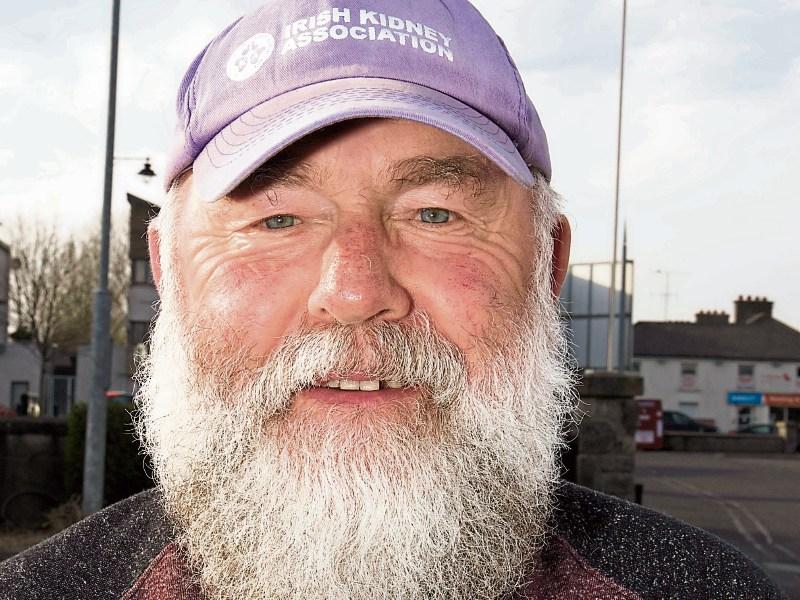 With Organ Donation Awareness Week coming up next week, a Longford man has shared his life-changing story of a kidney transplant, which he underwent in January 2011.

Persistent lower back pain was the reason builder Joe Kilbride from Aughnacliffe went to see his doctor, and later learned that his kidney function was deteriorating, thanks to an overactive immune system.

Medication and a healthy lifestyle allowed him to delay dialysis treatment for almost 15 years after that, but then his kidney function failed, leaving him with depleted energy levels and a quality of life which only continued to deteriorate.

It wasn’t until January 2011, after a number of years of dialysis treatment, that Joe got called for a life-changing transplant.

“The transplant completely transformed my life, as well as my family’s. My wife Gráinne has been a huge support to me and helped keep the show going while caring for me and our two sons who were in their teens and still attending school when I began my dialysis treatment,” Joe explained.

“I was home from hospital within a week, following the transplant operation and I have had no problems with my new kidney since. Having to take anti-rejection medication daily is a small price to pay for the freedom my transplant has given me, no longer tied to dialysis treatment.”

Joe’s experience of the health service has been a positive one, he says, expressing his gratitude for all the staff who cared for him at Cavan General, St. Vincent’s Hospital and Beaumont during his treatment, transplant and aftercare.

Sadly, in a cruel twist of fate a year after his transplant, Joe’s sister Kathleen passed away at the age of 45. The mother of two suffered a brain haemorrhage.

“Obviously her husband, Donal Daly, and our family had no reservations when asked about donating her organs, as it was thanks to a donor stranger that I had been given the gift of life a year before,” said Joe, who has written anonymously to the family of his own donor, to express his “profound gratitude for their selfless act”, which has helped him and his family.

“Our family derives great consolation out of the fact that Kathleen’s donation saved three lives. Her liver and two kidneys gave some other strangers a second chance at life.”

The Irish Kidney Association’s Organ Donor Awareness Week will take place from April 1 to 8, and the key focus of the campaign is to continue to remind the Irish public to discuss organ donation with their families, and to purchase a ‘forget-me-not’ flower and other merchandise while volunteers distribute organ donor cards.

The annual life-saving awareness campaign aims to highlight the ongoing and ever-increasing demand for organ transplantation, which relies on the public for organ donations.

280 organ transplants were carried out in Ireland in 2016 - 230 of which were as a result of the generosity of the families of 77 deceased donors. The remaining 50 were from living kidney donors.

Organ Donor Cards can  be obtained by phoning the Irish Kidney Association  LoCall 1890 543639 or Freetext the word DONOR to 50050. Visit website www.ika.ie.

It is now possible to store an organ donor card, the ‘ecard’ on smart mobile phones.   Simply search for ‘Donor ECard’ at the IPhone Store or Android Market Place.