Longford's defiant Dr Ali hits out at vandals: ‘These people will not win’ 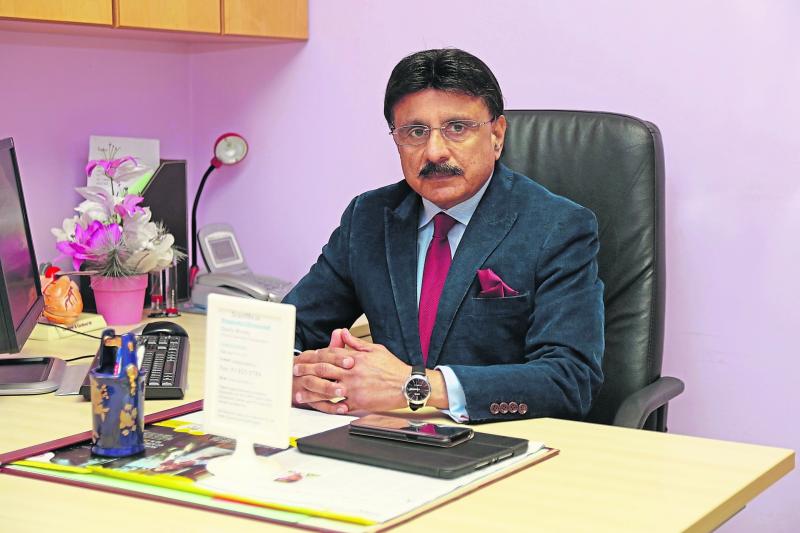 A Longford GP has launched a scathing broadside against the ‘cowardly’ antics of graffiti vandals behind the desecration of his surgery last month, telling them their actions will not drive him out of town.

Dr Syed Ali broke his silence for the first time this week over an incident which he described as both ‘terrifying’ and ‘horrific’ for his family and patients alike.

And, in a thinly veiled attack at those involved in defacing his clinic with anti-abortion graffiti, Dr Ali called on Garda Commissioner Drew Harris to intervene.

“I believe the people who are behind this nonsense were hoping to discredit and destroy my name but it hasn’t worked,” he said.

In a direct message to the perpetrators involved, Dr Ali said the countless messages he has received from colleagues, patients and the wider Longford community in the six weeks since, illustrated the level of public support that was now behind him.

“You wanted to create a problem for me and destroy me but it will never happen.

“It has had the opposite effect,” he said.

Dr Ali, who had been holidaying overseas at the time of the incident, told of the profound personal impact the episode has continued to have both professionally and on a personal level.

And that’s before any thought is given to the fact the incident and it’s prevailing fallout happened while he was thousands of miles away from home.

“My wife was all alone. She had never been stressed like this before and she had to call my daughters from Dublin to come and stay with her.

My surgery is not the same as it was either.

“When they made this mess that day my patients who were sick didn’t know what to do and some of them went home without seeing the doctor who was there.

“They were afraid and terrified.”

In reaffirming his own strongly held Muslim views that flies in the face of Ireland’s newly introduced abortion laws, Dr Ali said he remains convinced the incident was not the workings of anti-abortion vigilantes.

“The anti abortion people themselves know that I am against abortion. It is against my religion,” he said.

“I am 100 per cent sure that there was somebody behind this who knew I was on holidays and wanted to create this stress on me.”

The local muslim leader also called on Garda Commissioner Drew Harris to step in and take a personal interest in his case given the “extremely dangerous” and divisory questions the incident has thrown up.

In doing so, he issued a heartfelt message of thanks to the umpteen messages of empathy and support which have come his way from GPs and patients both locally and further afield.

“This was done to destroy me and destroy my name,” he maintained.

“But it hasn't worked. It has had the opposite effect and in fact, strengthened my position and standing.

“These people must not win. They will not win.”

Read more: 'This is not the norm in Longford' as gardaí look to make headway in hunt for anti-abortion graffiti artists