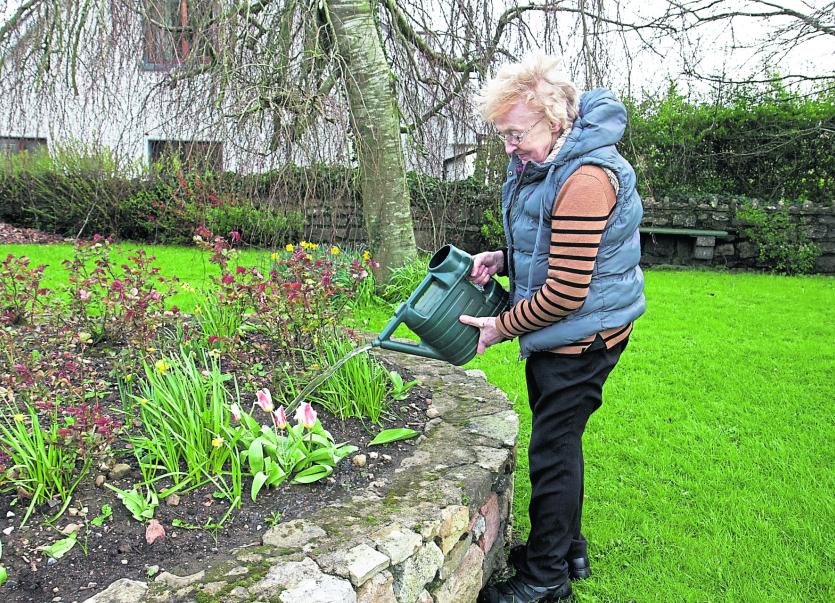 The small village of Abbeyshrule is probably best known for its aerodynamic influence, though it does have one other claim to fame, the prominent and successful work of the local tidy village committee.

The committee was first setup in 1969 and continued thanks to the passion of locals such as Teddy and Gabriel McGoey, James Dowler, Bernie Mills, Jimmy Mitchell and more.

Teddy was responsible for attracting an abundance of events to the area and even organised the first ever airshow, while Gabriel was the one who first entered the village into the Tidy towns competitions, commencing an involvement spanning over five decades.

Committee chair, Philip Butler, said of Teddy McGoey: “He was a great mentor and a leader. One of his mottos in life was ‘quitters never win and winners never quit.”

The committee have had substantial success since their maiden year and have claimed a medal every year since 2009, ten golds in total. In fact, they even took the Entente Gold Florale medal in 2012, meaning the village ranked number one in the whole of Europe, which members have listed as the highlight of their involvement.

“When Phil Hogan opened the envelope and announced Abbeyshrule as the winner, we couldn't believe it. It was a brilliant moment,” Philip said.

The committee involved through the years have contributed to the development of local amenities such as the canal, which had seats installed from the Hogan stand in Croke Park, the Barley garden, the playground, the lighting of the walkways and lighting of the abbey, and much more.

They also have further developments in the pipeline and hope to add rest-stop facilities for cyslists in the coming year. Team member Ursula McGoey has also pioneered a bee protection initiative and the village has since installed a number of beehives and have restricted their use of glyphosates.

“There is fantastic effort put in by everyone every year,” Philip said.

The team have also employed workers under the Community employment scheme and rural social scheme, while they also helped set up the local Kayak club.

Members wished to thank everybody who has provided help, support and sponsorship throughout the years, noting their success would not have been possible without it.

To some, the tidy towns is simply a way of keeping a community clean, but to the group it is much more than that.

“It benefits physically and it is a great past-time as well,” Philip Butler said.

“The only thanks and reward you need is seeing the place looking so well.”

Not content with their vast level of success over the past fifty years, the team aim to add to their medal collection this coming June and if they have their way, they most likely will.