No to Derryadd Windfarm group push ahead with objection plans

‘This doesn’t just affect the people of Derryadd, this affects Longford’ 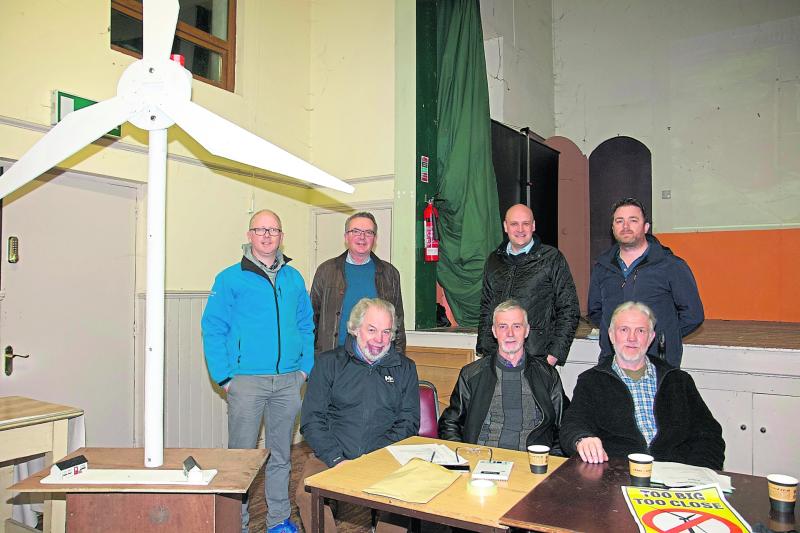 The ‘No to Derryadd Windfarm’ group held an information meeting on Friday 1, at the Lanesboro Co-op.

The group are opposing plans from Bord na Móna to develop a large windfarm in the locality and there was approximately 60-70 group members in attendance.

Attendees were provided with an update on the submission from the group to An Bord Pleanála, objecting against Bord na Móna’s plans.

“It was well received by the community and it gave them a chance to approve it and they gave their blessing to it so it is all go from here,” PRO Niall Dennigan told the Leader.

Read more: Longford's 'No to Derryadd Windfarm' group takes cause to Dáil Eireann

“The community group would like to extend our appreciation to all members of all communities who have shown support to us and continue to support us.”

Attending locals were informed at the meeting that the submission is now being reviewed by experienced environmental consultant, Jack O’Sullivan, who will then submit the objections to An Bord Pleanála on the group’s behalf.

“The approval to bring Jack O’Sullivan onboard is a great step forward and hopefully it will bring the right result at the end of the day,” said Mr Dennigan.

Mr Dennigan explained that two separate motions were put forward to Bord na Móna as alternatives to the windfarm, though they have so far refused to engage with the group.

One proposal was in relation to a mid-Shannon wilderness park, which was popular amongst locals, and it was also proposed that it could be run side-by-side with a solar farm project.

“People are not against green energy once it works within the area,” he said.

“We are just looking for a fair say. We are not objecting for the sake of objecting, we are objecting because it is just not right for the area.”

Local independent councillor, Mark Casey, said the true impact of these windfarms will only realised once they have been erected and it is too late. He then questioned why windfarms were being built onshore.

He said: “It is ridiculous when you see the offshore windfarm we have in Dublin bay with only nine or ten turbines and in England at the opposite side of the pond, they have thousands of them,” he said.

“Why can’t we follow their example?The lowest part of Ireland is bogland and we are putting windfarms there.”

Cllr Casey then warned of the detrimental effects the windfarms will not only have on the people of Longford, but also the environment.

He said: “This doesn’t just affect the people of Derryadd, this affects Longford county. This goes against what we stand for.”

Locals can still show their support to the campaign and put their name to the submission at upcoming meetings to be held at Lanesboro co-op on Thursday, March 7, and Saturday, March 9, from 7pm to 9pm.

Read more: We won't be blown away: No to Derryadd Windfarm group vow to fight controversial Bord na Móna plan