Longford's 'No to Derryadd Windfarm' group takes cause to Dáil Eireann 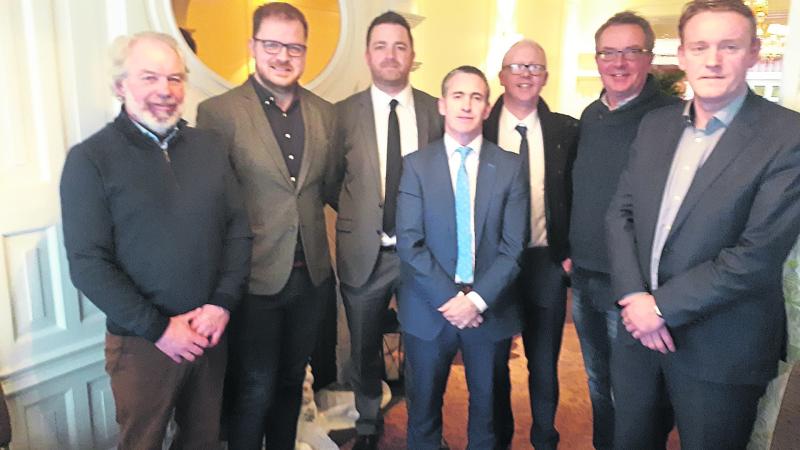 Members of the ‘No to Derryadd Windfarm’ group held a cross party meeting in Dáil Eireann last week where they outlined their concerns to elected representatives over Bord na Mona’s plans to develop a windfarm in Lanesboro.

Speaking to the Leader, Niall Dennigan said the Group met with a number of TDs and were accompanied by Longford/Westmeath general election candidates, Cllr Joe Flaherty and Cllr Micheál Carrigy.

“We talked about the implications the windfarm would have on our area,” said Mr Dennigan.

“We also talked about the benefits of the Shannon Wilderness Park and how Bord na Mona could sustain jobs through that.”
Meanwhile, the ‘No to Derryadd Windfarm’ group is endeavouring to make contact with Born na Mona which it appears will seek planning permission for the Derryadd Windfarm in the coming weeks.

The company removed itself from all discussions with the local community this time last year after objections were made in relation to its windfarm proposals.

“Bord na Mona is still not communicating with any of us in relation to the windfarm,” added Mr Dennigan.
“It appears that it’s their way or the highway.”

Read Also: 'No to Derryadd Windfarm' calls for implementation of wind energy guidelines