'No to Derryadd Windfarm' calls for implementation of wind energy guidelines 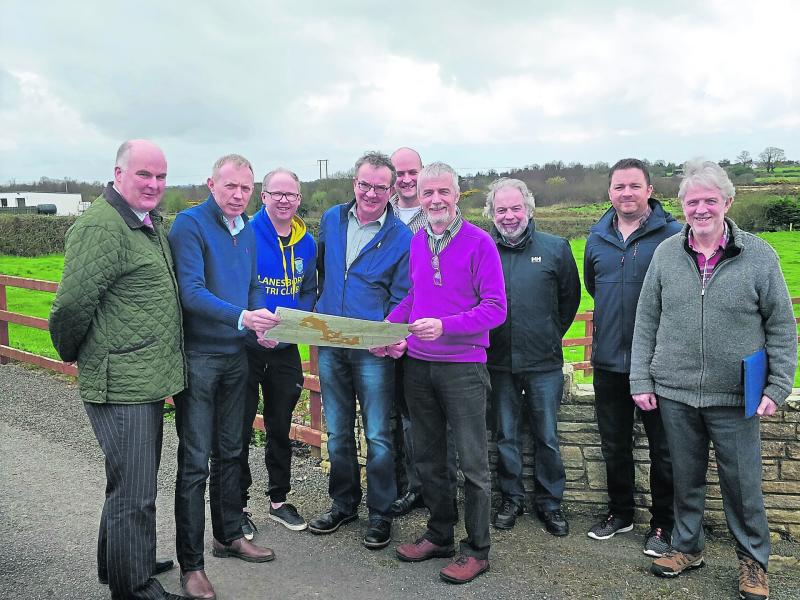 The local community in South Longford where the development of a wind farm has been proposed has expressed serious concerns this week over wind energy guidelines in respect of such developments.

Niall Dennigan of the ‘No to Derryadd Windfarm’ group which met with Fianna Fáil Spokesperson on Communications, Climate Action and Environment Timmy Dooley TD, and Cllr Joe Flaherty recently to discuss those concerns in more detail says the 2006 guidelines on wind energy are no longer appropriate to deal with the scale of these developments.

“Deputy Dooley listened to what we had to say; we told him about our concerns too in relation to the 2006 guidelines which deal with wind energy when turbines were a lot smaller,” he added.

“These days the turbines on windfarms are much larger which leads to more complications for the locality in which they are based.

“We want to see new guidelines published around the whole area of wind energy.”

Meanwhile, Mr Dennigan also updated the Leader on the rift that has developed between the community in Lanesboro and Bord na Mona.

The company removed itself from all discussions with the local community before Christmas after objections were made in relation to its windfarm proposals.

“Bord na Mona is still not communicating with any of us in relation to the windfarm,” added Mr Dennigan.

“It appears that it’s their way or the highway.

“Deputy Dooley said that he would bring our concerns to Bord na Mona when he meets with the company in a few weeks time.”

In a letter to the Group last November, communications manager, Bord na Mona Pat Fitzgerald said that because of the community’s decision to reject the company’s proposals to form a subgroup it felt the Forum had reached a point where it was unlikely to be productive as it was “currently constituted and has therefore decided not to proceed with further meetings of the Forum”.

“We will however, continue to use other channels available to us to communication and engage as appropriate with residents and other stakeholders relevant to the proposed Derryadd Wind Farm development,” the letter stated.

Fianna Fáil General Election candidate for Longford/Westmeath, Cllr Joe Flaherty has since called on the Government to publish new wind energy guidelines and ensure that the concerns of communities like those he represents are reflected in the terms.

“It’s clear after meeting with representatives of the ‘No to Derryadd Windfarm’ that they have reasonable concerns that will have to be taken on board,” he added.

“Local people are also disappointed by the lack of engagement undertaken by Bord na Móna in relation to the project and this is something that both Deputy Dooley and I will be raising with the company.
“It’s important that the concerns raised by the local community are taken on board and dealt with in a comprehensive manner.”

Cllr Flaherty went on to say that the situation had become “very serious” because the delay in publishing new guidelines meant that communities across the country were “stuck” with the old ones for the foreseeable future.

“Windfarm proposals will continue to be considered under guidelines which are obsolete and are no longer fit for purpose, especially in view of the height of some of the new turbines which was never contemplated by the original 2006 guidelines,” the general election candidate continued.

“The Government needs to get its act together and publish new guidelines.

“We cannot continue to have situations where windfarms are built in close proximity to people’s homes, schools and community centres.”