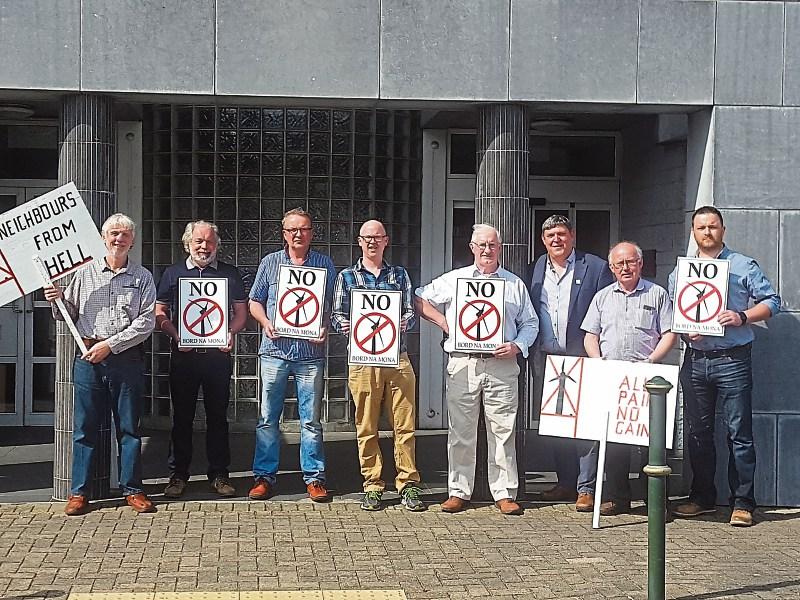 Mention the word wind turbine to most people living in Co Longford and the rural locality of Derryadd, outside Killashee immediately springs to mind.

It was just over a year ago, local residents from the south Longford community instigated what quickly became known as the 'No to Derryadd Windfarm’ group.

A Facebook page and regular meetings were convened to discuss the long term ramifications of Bord na Móna’s plans to develop 29 wind turbines across boglands at Derryadd, Derryaroge and Lough Bannow.

The company said this came on foot of an extensive consultation process as part of its broader plan to move away from peat production and towards more sustainable methods of green energy production.

All the while, however, soundings from the increasingly mobilised Derryadd campaign became more and more audible.

“Where they are talking about putting these (turbines) will create an absolute eyesore,” said member, Wesley Jordan this week.

“It makes no sense whatsoever.”

Mr Jordan was equally critical of what he claimed was a clear lack of transparency from Bord na Móna over how the proposed development would affect the wider area.

Mr Jordan also expressed annoyance at how groups like the one in Derryadd were still unaware of how new planning guidelines would impact the future construction of wind farms.

“It is frustrating because we (group) still have a lot of unanswered questions,” he remarked.

Local politicians are expected to debate the outcome of legal advice today (Wednesday) in its attempts to increase the setback distances of wind turbines from residential homes.

The Leader understands Cllr Mark Casey, who first called for changes to the Co Development Plan, will suspend standing orders at the start of today's monthly council meeting to discuss the issue.

“I will be seeking a meeting with Minister Eoghan Murphy over this because it was his intervention which stalled an environmental impact study we were doing,” he said.

“At the end of the day, the Fine Gael group voted against their own minister on this.”

Cllr Casey also took a swipe at claims the proposed wind farm would bring jobs and additional community benefits to the area when complete. “Let's be clear,” he boldly asserted.

“The maintenance of these (turbines) will be contracted out to Siemens for 15 years.

“This is just another corporate grab for funding. We have to protect our environment just because someone in Dublin wants to make a quick buck on the people of Longford.”

Bord na Móna, for their part, have attempted to deffuse may of those claims by issuing a statement.