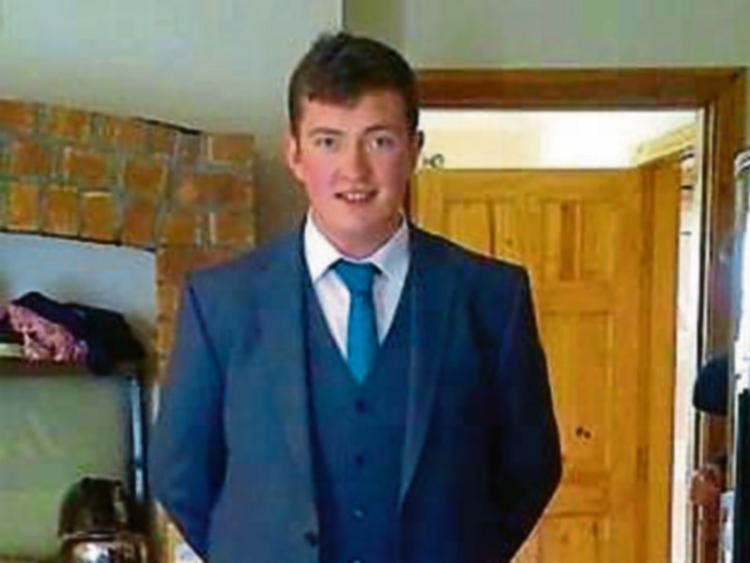 The late Joseph Reynolds has been remembered as a 'larger than life character' who touched the lives of everyone who knew him.

The family of a Longford teenager tragically killed in a fatal road accident outside Newtownforbes more than two years ago have spoken of the”indescribable” grief at the loss of their much loved son and brother.

Eighteen-year-old Joseph Reynolds was the front seat passenger in a car which collided with a tractor as it exited a field onto the main N4 between Newtownforbes and Rooskey on July 17 2016.

He was, however, found guilty of the more minor charge of careless driving after it was established a flashing amber beacon had not been in place on the tractor Mr O’Reilly was driving on the night.

Mr Gregg, a friend of the late Mr Reynolds, had been a back seat passenger in a Toyota Starlet car driven by Liam Doherty, Cornakelly, Moyne, Co Longford when it struck the tractor at Cloonart South, Bornacoola, Co Longford at around 11:30pm.

In an emotional victim impact statement delivered by Mr Reynolds’ brother Peter, memories of the Sligo IT student’s genteel character and penchant for dancing were relayed to the court.

“He had such a big presence in our lives, a big man with a big heart,” said Mr Reynolds.

“He had such a wonderful personality, full of life, humour, jokes and pranks which he loved to play on Mammy and his eagerness for being on time for everything.

“In Joseph’s 18 short years, he made so many friends from every walk of life. He gained the nickname ‘Twinkle Toes’ for his love of jiving, he loved the respect he got from his friends and never had a bad word to say about anyone.”

Mr Reynolds recalled how he and a number of his siblings had been sitting in the living room of their north Longford home when news of the unfolding tragedy on the main N4 was relayed to them.

“It was the news no parent wanted to hear,” he said.

Fighting back tears after being invited into the witness box to address the court, Mr O’Reilly said the enormity of what had occurred would never leave him.

“I am really thankful to everyone for their support, it will never be forgotten,” he said.

“And I am really sorry for what the Reynolds family had to go through.”

In delivering sentence Judge Keenan Johnston said the tragic circumstances of the case allied to the glowing testimonies in memory of the late Mr Reynolds gave credence to the saying: ‘Only the good die young’.

The judge also said lessons needed to be learned from the tragedy, typified most primarily that no tractor should be on a public road without a flashing beacon both attached to it and fully functioning.

He also called into question certain aspects of the follow up garda forensic investigation in connection to claims over the speed the Toyota Starlet may have been travelling at and the fact a report into the crash was finalised without the benefit of interview memos from Mr O’Reilly, Mr Doherty and John Manning, a local agricultural contractor and the owner of the tractor.

In handing down sentence, Judge Johnston said despite the offence carrying a maximum fine of up to €5,000, he said both aggravating and mitigating factors had to be factored in.

Given the only aggravating circumstance was the tractor’s absence of a flashing amber beacon, he handed down a monetary penalty of €3,500.

Approximately €3,400 of this, he ordered to be paid to local intellectual disability provider St Christopher’s Services Special School for the purchase of computers which Mr O’Reilly expressed his desire to present to the facility in memory of the late Mr Reynolds.

He gave Mr O’Reilly until May 1 to make such a payment at which time Judge Johnston indicated he would proceed with the imposition of a €100 fine.