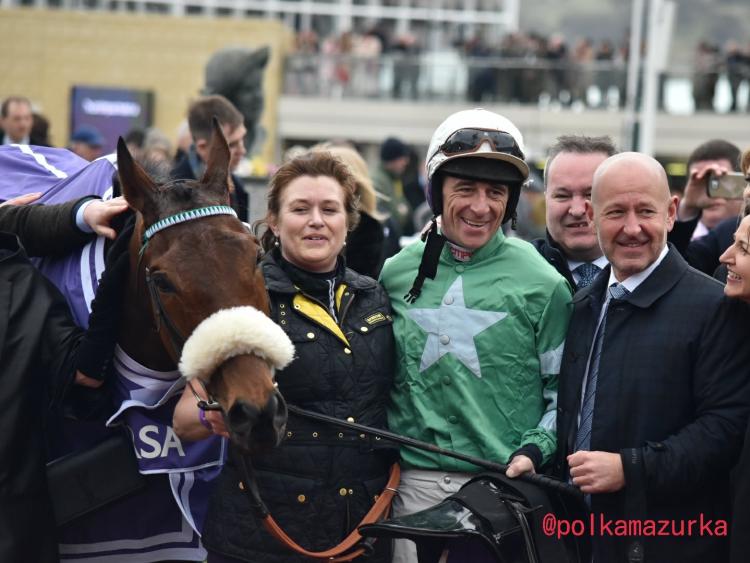 Overcoming a 316-day absence, Presenting Percy, with jockey Davy Russell on board, landed the John Mulhern Galmoy Hurdle for the second year running at Gowran last Thursday and he was immediately cut to as low as 11-4 for the Gold Cup in March.

Unusually quick ground for this time of year had prevented last year’s Cheltenham RSA winner, but it failed to dent the current favourite for this year’s blue riband at Prestbury Park.

“Pat doesn’t say an awful lot. He leaves that to me and I’m not sure I do a great job!

“Pat has always said he’s one of the most special horses he’s ever seen, let alone trained. With every day that passes I’m beginning to believe him a little more.”

The C&D Foods owner indicated a return to Gowran next month for the Red Mills Chase will be the final stop on Presenting Percy’s route to the Gold Cup.

“People have taken to this horse and with that comes a lot of excitement and a lot of pressure.”
Reynolds added, “We’ve been trying to look after this horse to give him every chance to get him to the big day, where we all know we want to be, in March.”