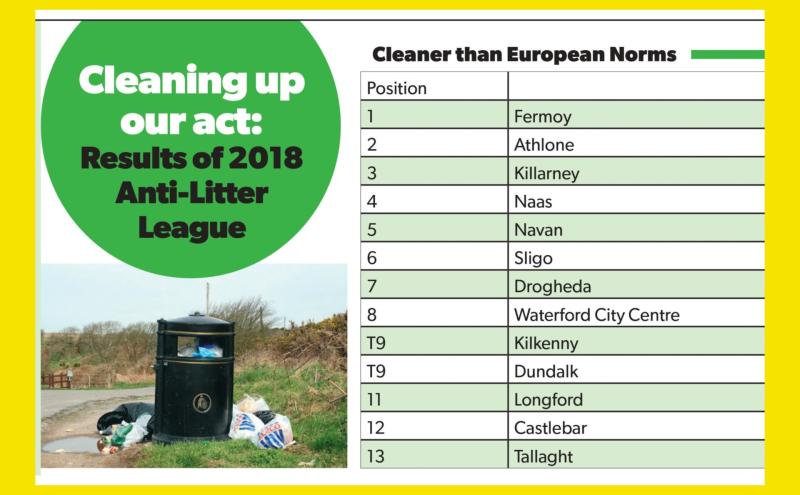 Longford has finished just outside the Top 10 in the IBAL litter rankings announced this morning.

According to the final litter survey of 2018 by business group Irish Business Against Litter (IBAL), Longford is again ‘Cleaner than European Norms’ in 11th spot in the ranking of 40 town and cities.

The summer survey of litter levels by Irish Business Against Litter (IBAL), published last October, saw Longford ranked fifth so there will be a certain amount of disappointment at falling six places in the league league table.

An Taisce, who carry out the surveys on behalf of IBAL, commented in its Longford report:

“Congratulations to Longford on retaining Cleaner than European norms status. There were no seriously littered sites in the town with many of them achieving the top litter grade.  Some of the top ranking sites included St Mel’s Cathedral (an excellent site), Dunnes Stores, Market Square, N4 Longford By Pass and the residential area of Teffia Park.  These sites were not just good with regard to litter but also overall presentation and maintenance.” 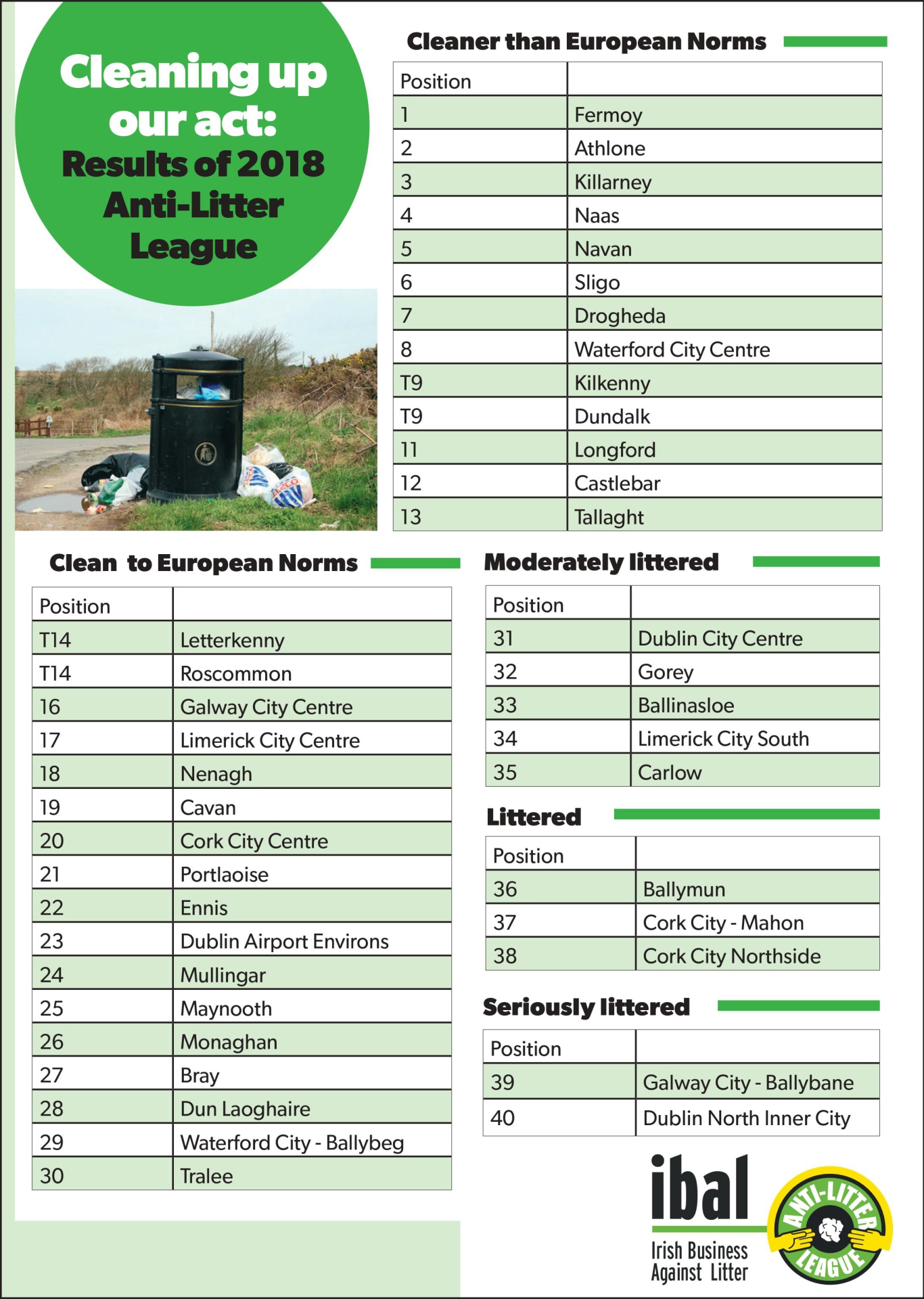 Minister for Communications, Climate Action and Environment Richard Bruton, will present the awards at a ceremony today, crowning Fermoy as the cleanest town among those ranked according to litter levels in 2018, with Waterford City again Ireland’s cleanest city.

Minister Bruton said, “Combating litter is part of a much wider challenge – how we use our resources effectively and adapt to recognise environmental damage more generally. Litter is a very tangible, visible example of the kind of damage that is being done. It is vital that communities, businesses and local authorities in towns all across Ireland, work together to manage waste properly and reduce litter. I hope the recognition these awards provide spur others on to come together to make changes in their local areas.”

Just under 90% of towns surveyed were deemed clean, a slight improvement on the previous year, with Athlone and Killarney finishing just behind Fermoy. While Galway City registered its best result in years, almost half of city areas were littered, among them Ballybane in Galway and Dublin’s North Inner City, which were both ‘seriously littered’.

Disadvantaged urban areas occupied the bottom five places in the rankings. “Three years ago we deliberately shone a spotlight on specific city areas in the hope that the attention would spur councils and communities into action,” commented Conor Horgan of IBAL. “It is fair to say we have seen no noticeable improvement in any of these areas - nor have we seen much by way of substantial measures to them turn around.”

“The historic development of large areas of social housing has shaped a "them and us" society and the gap is widening. Litter is a symptom of a greater malaise and keeping these areas as clean and well presented as the rest of a city would over time have significant benefits. We need local authorities to take the lead.”

ALSO READ: Celebrating the great work of young people in Longford and Roscommon