Celebrating the great work of young people in Longford and Roscommon 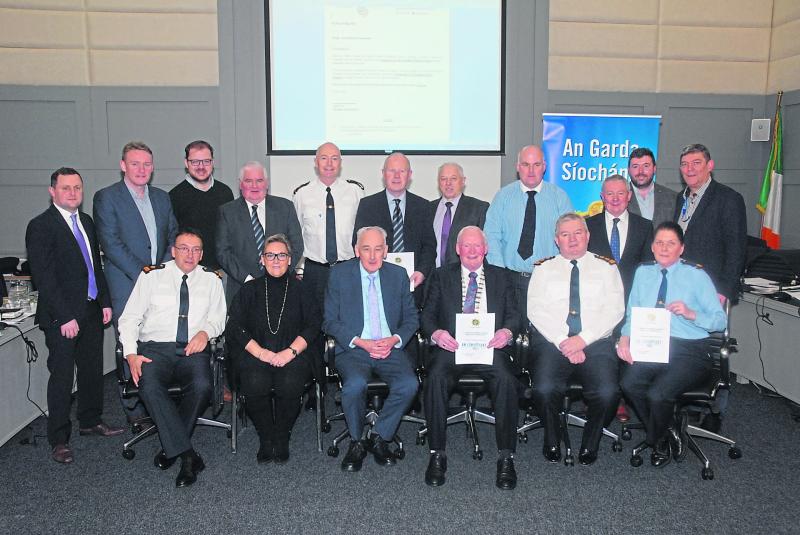 The contribution of young people between the ages of 13 and 21 years will be recognised and celebrated in the inaugural Roscommon / Longford Garda Division Youth Awards.

The awards scheme was formally launched by Inspector Blaithin Moran, An Garda Síochana and Cathaoirleach of Longford County Council, Cllr Luie McEntire at Áras an Chontae just before Christmas.

The awards will celebrate outstanding young people between the ages of 13 and 21 years.

Roscommon / Longford Gardaí, along with Longford County Council, recognise that a lot of good work is being done by young people in every community throughout both counties, which should be recognised.

Awards will be considered for nominated young people, who by their presence, make their communities a better place to live.

There will be one overall winner of the Roscommon / Longford Garda Youth Awards for 2019, one Voluntary Group Achievement Award which is open to nominations of two or more young people whose combined efforts have contributed positively to their communities and one Community Safety Award, which recognises an individual or group who has made their community a safer place to live.

There will be one Special Achievement Award, which is open to any young person who has defied the odds, or overcome difficult circumstances and whose commitment deserves recognition.

The judging panel will decide upon a nominee in each category who may go forward to represent the division at the National Garda Youth Awards, which take place in 2019.

Nominations are now open and entry forms can be collected from Roscommon, Longford, Granard & Castlerea Garda Stations, or downloaded from the Garda Western Region Facebook Page.

Forms must be completed in full and returned by post or hand delivered to Roscommon, Longford, Granard or Castlerea Garda Stations for the attention of the Community Policing Unit.

Alternatively completed forms can be emailed to Roscommon.GardaYouthAwards@garda.ie before midnight on Wednesday, January 23, 2019.

The award winners will be celebrated at a special event at Longford County Council Offices on Monday, March 4 at 6pm.