Calls for end to 'mad' housing policy in Longford 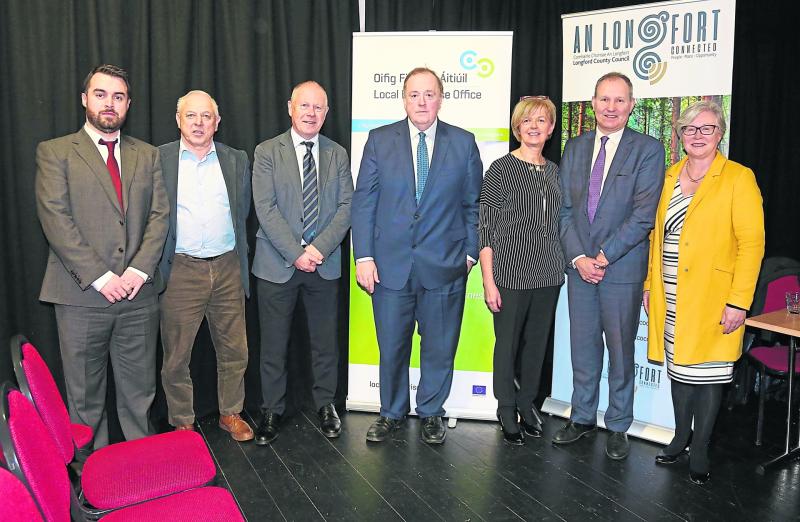 A cross party delegation from Longford County Council is to meet Housing Minister Eoghan Murphy in a bid to ensure the increased rollout of affordable housing schemes across Co Longford.

Mr Brannigan also revealed the council had more than lived up to its obligations, delivering 65 units countywide this year and carried out over 900 repairs to its 2,000 strong housing stock.

But it was details surrounding the apparent reluctance of Department chiefs to finance local authorities like Longford into delivering more affordable housing schemes which sparked an angry volley from local politicians.

“We need housing for workers, it’s as simple as that,” said an indignant Cllr Gerry Warnock. “We need to target the forgotten groups of low to middle income earners that are earning too much marginally to qualify for housing supports under the existing thresholds and probably not earning enough to ever be in a position to avail of conventional mortgage through financial institutions.”

The Independent councillor, who serves as the council’s chairperson of its Housing Strategic Policy Committee, led calls for Mr Murphy to introduce a “special dispensation” for rural counties to deliver more cost effective housing developments.

He said the fact Longford, according to the 2016 Census, boasted 55 per cent more social housing units than the national average, was symptomatic of the need facing housing officials locally.

“That (figure) is massive and yet you have Department officials that cannot get the guys off their arse to build houses in Dublin where they are needed,” he said.

“They are skewing their numbers so local authorities like Longford are given a one size fits all policy so they’re stats look good in the national media.

“They didn’t engage with this local authority or any other local authority in terms of an overall plan and yet they can come out and say Longford County Council cannot provide affordable housing schemes aimed at workers who have been thrown to the wolves for the last number of years.”

Cllr Martin Mulleady, himself a local builder, sang the praises of Longford County Council’s unfinished estates team in mending the past legacies of the Celtic Tiger era and hit out at the ongoing difficulties young couples are facing in terms of accessing finance from Ireland’s financial institutions.

“The banks aren’t lending to these people,” he said.

“And there are families that will be in hotels this Christmas which just shouldn’t be happening.”

Fine Gael group leader Cllr Micheal Carrigy said he had held talks with Mr Murphy over the issue only recently and expressed his confidence progress in advancing Longford’s cause was just around the corner.

His north Longford running mate said there was a need for a greater mix of housing, including private, affordable and social across the county.

And, in a further move, he hailed the part played by Cllr Mulleady and the firm he co-directs with his brother Michael, in delivering social housing units to the county in such a prompt and efficient fashion.

“If we have builders here who can deliver these housing developments in six to seven months, then why can’t it be done in Dublin?” Cllr Brady asked.