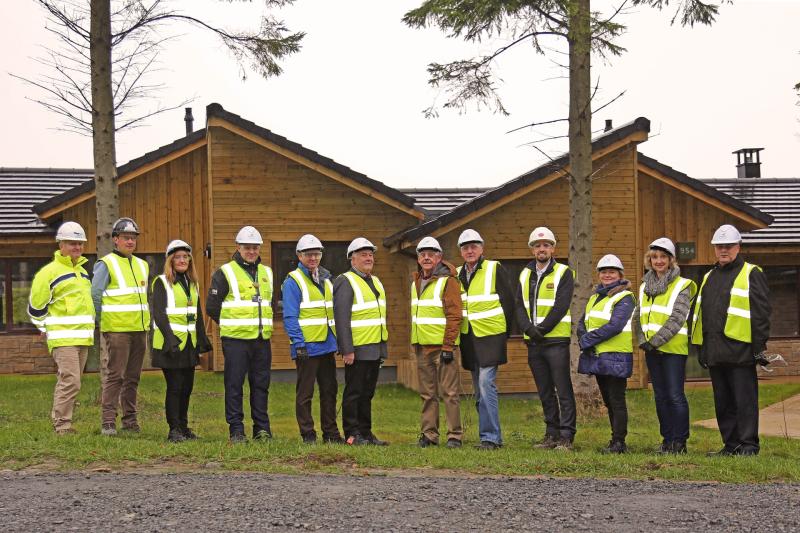 Center Parcs and the two main building firms behind the ongoing construction of its eagerly awaited €233m holiday village in Ballymahon have thrown their weight behind the area's Tidy Towns and sport club volunteers programmes.

Members from both sections of the local community were recently invited on the site of where Center Parcs' Longford Forest will stand when it is officially opened to the public next summer.

ALSO READ: How Center Parcs chiefs went the extra mile from 'day one' in Ballymahon

Daragh Feighery, general manager of Center Parcs Longford Forest, said: “Ballymahon Tidy Towns and the clubs are a true reflection of the overall community spirit and values in the local area, which Center Parcs, Roadbridge and Sisk are all delighted to get behind.

"It’s wonderful to see that Ballymahon is on such a positive trajectory, having increased its Tidy Towns score every year since the town started taking part.

"The level of community spirit on display through initiatives like this one is something the local area can be very proud of as Longford gets ready to welcome additional visitors with the opening of Center Parcs here next summer."