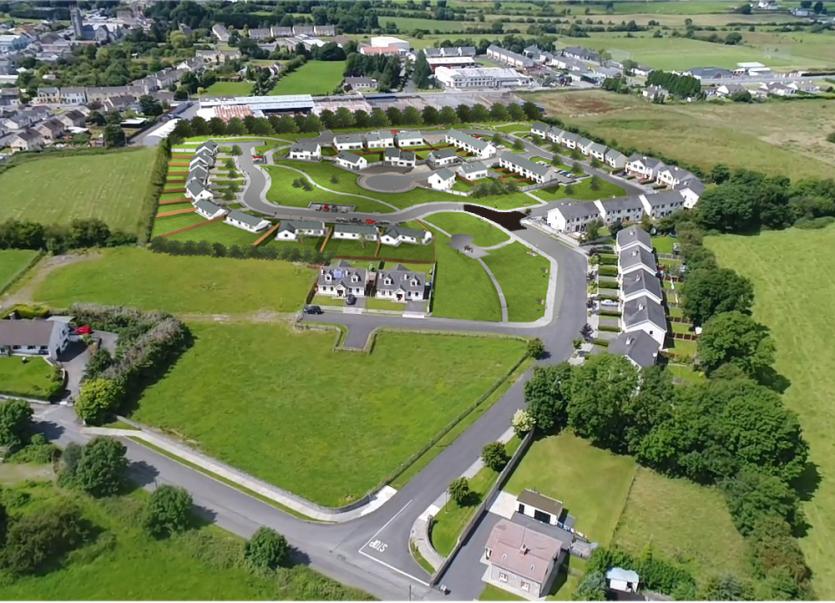 Almost 50 residents of Ballymahon have objected to the proposed development of 32 dwelling units and associated works at Dun Áras on the grounds that, with a reduction of only three houses and a slight site re-arrangement, the application is exactly the same as the one denied by An Bórd Pleanala in June of this year.

The majority of those who objected did so by adding their signature to a joint submission, which was submitted to the Planning Office yesterday (Tuesday) afternoon.

“None of the concerns raised by the community through a vast number of objections to planning application No. 17/195 have been adequately addressed,” said members of the Dunaras Residents' Association in their complaint, which goes on to list a large number of reasons why the development should not go ahead.

No footpath currently exists between Dun Áras and Ballymahon, despite two directives from An Bord Pleanála.

Developer, Mark Cunningham, has offered to pay in full the costs of installing a footpath along the road, but the community within Ballymulvey is still sceptical.

“(We) have heard such promises many times before from multiple developers, county planners and prospective politicians, beginning when the care home at Auburn House was built in Ballymulvey in the 1980s.

“Despite these promises, after 30 years, there is still no path in place,” they said.

Further issues the Residents have highlighted include hazardous traffic conditions, security for residents and close proximity to the Farmers' Mart.

The residents also have concerns about the current sewage scheme, which is at capacity in Ballymahon and, while Mr Cunningham has kindly offered to upgrade the system himself, local residents believe that this should be done before any planning is granted.

“While we agree that new housing is required in Ballymahon, it is our belief that this site is not suitable and that better use should be made of the many green field sites along the R392 and more easily accessible roads around Ballymahon,” the objection concluded.

Speaking to the Longford Leader on Tuesday morning, Sean Clancy of the Dunaras Residents' Association said that proper consideration is needed with this proposal.

“We'd request the planning authority carefully consider An Bord Pleanála's ruling and directive from early this year and, in the absence of an existing path, to deny this application.

“We also wish to thank the community for their overwhelming continued support and wish to urge the local authority to complete the process of taking the estate in charge,” he concluded.