Children lead the way at Ardagh's 'alternative to school' 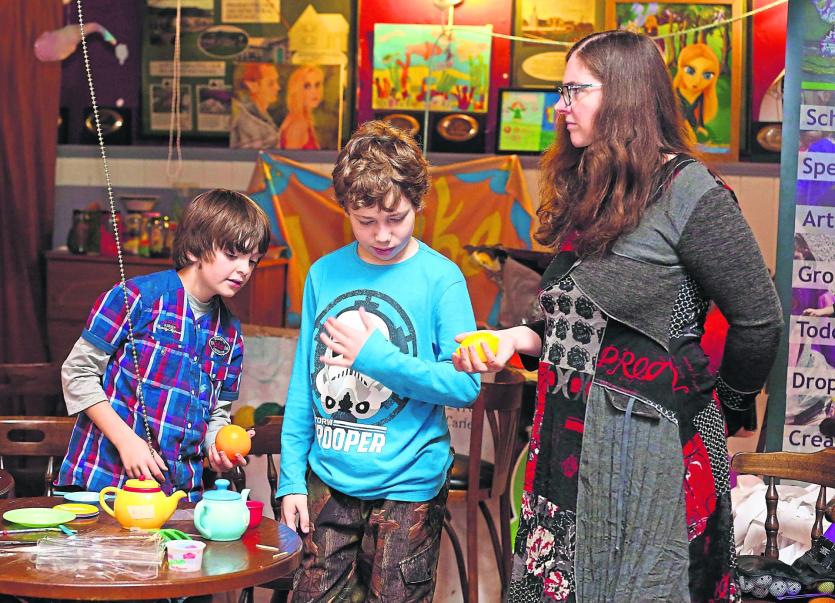 Curiosity killed the cat, or so our education has conditioned us to believe. But what if the conventional teaching method wasn't the only way to educate your children - or even, perhaps, the best way?

Curiosity is valued above all else at the Tuatha Learning Centre - a new facility in the Ardagh Heritage and Creativity Centre that is seen as an “alternative to school” and is completely child-led.

That doesn't necessarily mean the children make all the rules. In fact, beyond looking after the safety of each other and having respect for the building in which they learn, there are no rules.

And it's not just a case of children running amok either. In fact, this type of learning is TUSLA-recognised and all children signed up to the new centre are registered as home-schooled.

“A hundred years ago, schools prepared young people to serve in the factories of the industrial world. So they were easily trained to do repetitive work,” said Kathryn McCabe.

“I have a Masters in Education and Ecology so I looked a lot at progressive education and how children learn.

“I was very surprised to find that what was happening in schools was outdated and not serving the interests of families and children.”

Essentially what the team of three - Kathryn McCabe, Annette Corkery and Ann Gerety-Smyth - is doing at Tuatha is preparing young people for an uncertain future by helping them to innovate and to learn in their own way.

“Because you’re taking responsibility for your own learning, when you get as far as college, you’re used to going out and looking for your own resources and not being told what you have to do. So it’s not a big jump like it can be coming from school,” explained Annette Corkery.

And, she added, similar learning structures in the US such as Sudbury have been hugely successful, with many children going on to have successful creative careers and many more pursuing a vocation in medicine or business.

“Ivy League Universities in the US are actually headhunting kids who learn in this way because these kids are not afraid to challenge the status quo,” Kathryn agreed.

“They haven’t conformed to a society where there’s only one right answer. Those colleges that value innovation and forward thinking, really value children who learn in this way.”

The thing about Sudbury and similar methods of learning is that the children can do what they want and still learn a lot in the process.

“All of human evolution, people were out doing things and children came and watched and they learned,” said Annette.

“They found out what they needed in their society and they learned it. And children still do that. Ask any child how to use a computer and they’ll teach you a lot in just a few minutes.”

The centre has been putting children back in touch with their own human nature and, more importantly, their own curiosity, which drives them to learn about the world around them.

“Squares roots came up the other day,” Annette explained.

“Somebody asked what the square root of nine was and then we discussed square roots and how to get them. That just came up in conversation.

“They’ve had games where they were testing bows and arrows and the physics behind how to get tension like that and the acceleration. Physics has actually come up a lot.”

The centre is only a few weeks old so far and will have three cycles. The current cycle encourages children to learn about 'self' simply by exploring their surroundings and engaging with their thoughts through art, books and other resources. It's not really a new concept... rather an old one that has been given a new lease of life.

“Really, school is the experiment. It’s 200 years old. Whereas everybody was home educated for centuries before that,” Annette concluded.

Tuatha is open to young people between the ages of five and 18. For more information, visit tuathalearningcentre.blogspot.com or call Annette on 0863027602.