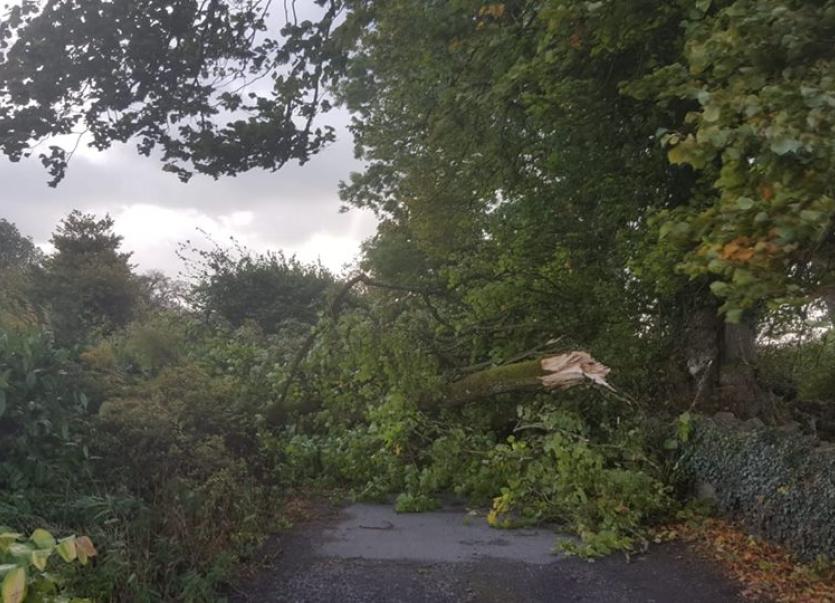 A fallen tree covers the entire width of a road between Legan village and Ratharney.

Additional ESB repair crews are being assigned to some of the worst affected parts of Longford in a bid to restore power to close to 200 homes and businesses across the county.

It comes as Met Éireann issued a Status Yellow rainfall warning for seven counties this morning and hinted that a second spell of unsettled and potentially even more widespread weather could hit this weekend.

In a statement released within the last hour, an ESB spokesperson said outdoor personnel were striving to reconnect 39,000 homes, farms and businesses across the country as soon as possible.

The semi-state firm also confirmed it would be extending its resources to parts of Longford and other counties where the highest number of outages have been reported.

"All available resources from ESB Networks are deployed to carry out repairs to the network and restore power. Additional crews from less impacted areas of the country are deploying in the worst impacted counties, which include counties Sligo, Galway, Longford, Westmeath, Cavan and Louth."

Among the worst hit include Ballymahon where close to 70 homes and businesses remain cut off this morning with a further 47 locations in Edgeworthstown similarly affected.

In Longford, a further 54 areas have still to be reconnected while in Ballinalee more than 70 households and residences are awaiting for power to be restored.

In most cases, the ESB said it hopes to have supply restored by 9pm tonight.