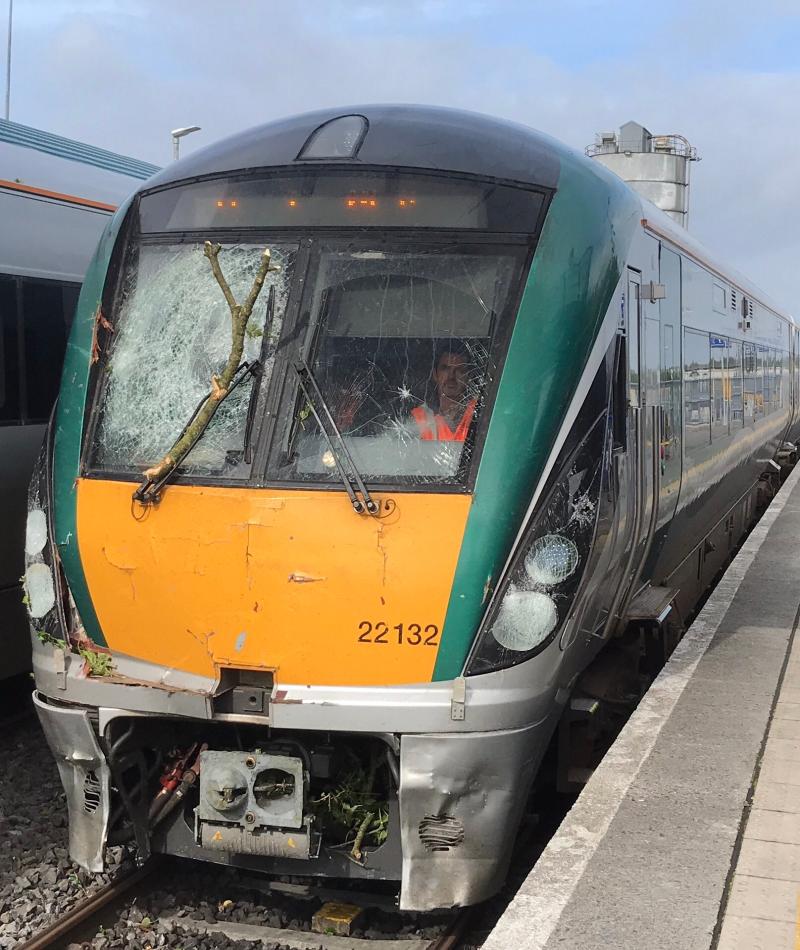 Iarnród Éireann is reporting that the rail line between Longford and Edgeworthstown is currently closed and commuters can expect delays of up to three hours.

"Due to high winds which has resulted in fallen trees and debris on tracks at various locations, the following routes are experiencing significant disruption at present:

- Sligo services: line closure between Longford and Edgeworthstown. Delays up to 150 minutes can be expected

- Galway/Westport services: Line has reopened between Tullamore and Clara. Delays up to 175 minutes can be expected

Crews are continuing to work to clear areas and minimise these delays.

Update: Due to debris/fallen trees on the line, some services are experiencing disruptions:
- Significant disruption to Northern Commuter/ Enterprise route services
- DART suspended between Clongriffin/Malahide.
- Line closure on between Edgeworthston & Longford. #StormAli

07.15hrs Westport to Dublin which was delayed and damaged by fallen trees earlier between Athlone and Tullamore, moving on from Tullamore at reduced speed to ensure safety due to windscreen damage pic.twitter.com/ENaIKqFAS4

1/1 Storm Ali continues to clear northeastwards. There will be severe or possibly damaging gusts for a time especially in the west and northwest with extreme caution advised for a time in the coastal districts of Clare, Connacht and Donegal. pic.twitter.com/tm84PG5zvo